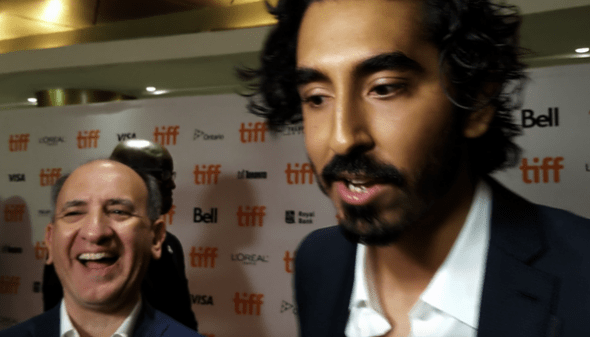 LEADING man Dev Patel who plays the central character of David Copperfield in Armando Iannucci’s third feature, ‘The Personal History of David Copperfield‘ spoke to www.asianculturevulture.com just before they into the Princess of Wales Theatre here in Toronto to both introduce and watch the film together for the very first time.

Patel told us how amazing it was for him to play one of the great characters of English fiction – David Copperfield as conceived by Charles Dickens.

The pictures alone of Dev in Victorian clothing caused a stir in 2018 and Iannucci told acv why he wanted Dev to play the central character.

We will have the full video out shortly, along with contributions from other significant members of the cast from last night’s red carpet world premiere.