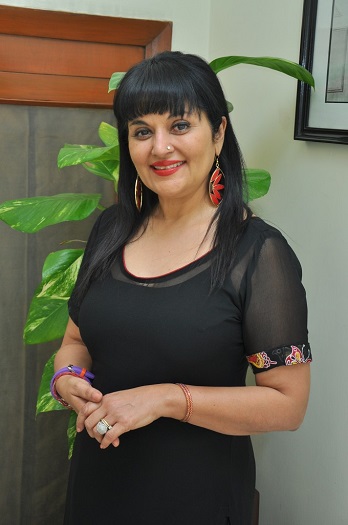 Ever wanted to write a crime novel with South Asians or South Asia at the heart of it…?

That was the message that came out of a special session devoted to the genre at the recent Jaipur Literature Festival, which finished on Tuesday last week (January 21).

A conference and festival celebrating crime writing – about and from the region is set to be organised for September this year in Delhi, announced London-based Kishwar Desai (pictured), one of a panel of distinguished writers assembled for the launch.

Desai’s first novel, “Witness the Night” (2010) won the Costa First Novel Award, and her latest novel, “The Sea of Innocence”, yet to be published in the UK, deals with a sex attack on a British teenager in Goa.  A second novel, “Origins of Love” (2012), about surrogacy and adoption, forms a trilogy with social worker-investigator Simran Singh at the heart of them.

Desai said: “This is a turning point for crime writing in India, with the founding of Crime Writers Association of South Asia.

“We want to connect it to crime writing all over the world.”

She said a website would be created under the organisation’s auspices (see below) and there would be a short story writing competition to coincide with September’s festival and conference.

“It will be open to all kinds of people, whether they are fans, potential writers, writers, publishers or agents,” she added.

She said there had been an explosion in crime writing and that this had been a global phenomenon and that much of it was driven by a very ardent and committed fan base.

The role of the new organisation was to create links between authors working in fiction and non-fiction areas of crime, she explained. It would also act as a platform for the genre.

She praised the role of co-festival director, Namita Gokhale.

This year one of the festival themes was ‘crime and punishment’.

Gokhale said: “The detective novel is very popular and we hope there will be lots for readers (to explore the genre more).”

Another member of the panel was Jørn Lier Horst; he is one of Europe’s best-known crime writers.

A former detective – his novels, such as “Key Witness” (2004), his first and based on a true story, are popular and well-known for their deft social and political commentary. Horst felt the launch in India was significant.

Magrit Walso, director of Norwegian Literature abroad, said: “In Norway, we have benefitted from the wave of Norwegian and Scandinavian crime novels – they are set in very local surroundings and rural and sparsely populated.

“It is not just about the crime but also about social issues. I am looking forward to the big wave of crime literature from South Asia,” she said.

“It’s all about what is wrong and unfair in society – and this will come out of South Asian crime writing too.”

Gautam Chakrabarti, assistant lecturer and research fellow in English and Comparative Literature at the Freie Universität Berlin, said the wave of Scandinavian crime novels often looked niche and very specific to that locality, but at a deeper level managed to ask vital and urgent questions which were universal.

“Crime writing reveals a fascinating economic picture and what sort of psychological breakdown may be going on,” he said.

Desai said: “We will get that complexity in South Asian crime writing – it will deal with issues of complexities. “

Gokhale was thrilled the association had been launched. She said: “A crime wave of literature is better than an actual crime wave.”

Writer Somnath Batabyal was another member of the panel.