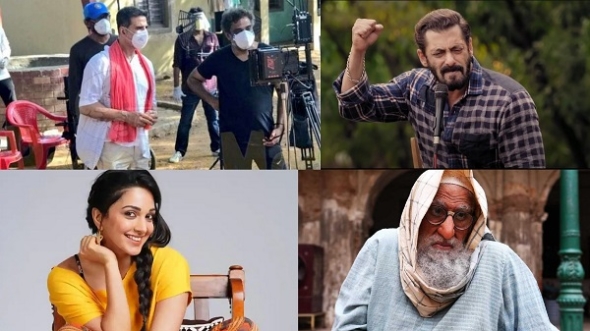 While the lockdown continues in various forms across India, Mumbai has been marked as a hotspot as our correspondent tells us in the monthly dispatch from the heart of the megapolis…

‘Kasa kaaay mandadi?’ (how is it going folks?)

About two and a half months into the lockdown, ‘aapli’ (our) Mumbai is bleeding. With more than 40,000 cases of Covid-19 (at the time of going to press), there seems to be no end in sight to people’s misery.

The current lockdown is scheduled to end tomorrow (May 31), and what we’re staring ahead is uncertainty.

Ask an average ‘Mumbaikar’ about Bollywood – a part and parcel of everyday lives here until recently – and the pat reply is, ‘tel lagaane gaya’ (to hell with it!).

As hospitals run out of beds compounded by a shortage of medical equipment, a deep sense of fear seems to have gripped much of the local population.

We have never seen anything like this before. Even stepping out to run your daily errands is a task; you never know when you may get infected.

It’s summer time here, when the schools are shut for the annual vacations and the children along with their parents prefer heading out to the malls or to cinemas. But a gloom has set on the Hindi film industry.

We celebrated Eid on Monday (May 25). Usually, the festival would see the biggest releases of the year.

This year, Salman Khan’s ‘Radhe‘ was supposed to release during the festival; there is no word on it as of now.

In fact, this was the first time in several years that Salman’s not had a release on Eid.

Instead, the actor released the song ‘Bhai bhai‘, which talks about communal harmony.

After ‘Pyar karona‘ and ‘Tere bina‘, this is the third single that Salman has released from the confines of his Panvel farmhouse, where he has been staying since the lockdown started.

Another big budget film that was supposed to release on Eid was Akshay Kumar’s ‘Laxmmi Bomb‘. And, we are just getting reports that it has been sold to the India-based streaming (OTT) platform Hot Star for an alleged whopping amount.

With no signs of theatres opening any time soon – the dry spell has lasted eight to nine weeks — OTT or digital platforms seem to be the new mantra in Bollywood. ‘Kya baat kar rela’? (What do you mean?).

A few days back, the makers of the much-awaited Amitabh Bachchan-Ayushmann Khurrana comedy ‘Gulabo Sitabo‘ shocked filmdom by opting for a release on Amazon Prime Video on June 12.

The Shoojit Sircar directed movie has been made on a budget of ₹35 Crores (Cr), about £4 million.

A theatrical release would have amounted to sharing the profits with distributors. There would also be additional marketing costs. It is believed that Amazon may have paid about 50 per cent more for ‘Gulabo Sitabo’ as it hasn’t been released in theatres. So, for film producers OTT platforms come as a win-win situation.

According to PwC’s Global Entertainment & Media Outlook 2019–2023, the size of the OTT market in India is expected to expand at 21.8 per cent annually making it the second-largest user base after China.

This is reason enough for Bollywood players to get attracted to OTT platforms.

As producers try to rein in their losses, OTT seems to be the only option, at least till the pandemic subsides.

If reports are to be believed, T-Series wants to release its entire 2020 catalogue on the small screen and is already in talks with Netflix.

On the other hand, theatre owners are unhappy with this new reality as it will lead to loss of revenue for them.

India’s largest multiplex chain PVR has said they won’t release any film that has been previously screened on an OTT platform.

It’s been more than two months since anything has been shot in India, be it Bollywood movies, TV shows or even ad jingles.

But in the early hours of May 26, people saw a ray of hope.

It was announced that film-maker R Balki had shot an advertisement campaign for the health ministry of India with Akshay Kumar, aka Akki. Shot at a studio in Mumbai, the ad talks about the ‘post lockdown responsibilities’ of the average Indian. Balki, who has worked with Akki on films such as ‘Padman‘ and ‘Mission Mangal‘, was quoted as saying that all the precautionary measures and mandated guidelines were followed during the shoot.

The news of the shoot instantly grabbed eyeballs considering it could well be the beginning of a new phase, where everyone has to live and cope with the virus and the new reality.

Over and out, cinewallahs, till next month, Peace Out and enjoy your OTT viewing and keep safe!

Have you seen our new ACV Bird Eye Review Show? Join Nat every month and tell her what you’re watching! Subscribe

And here’s that Cannes nostalgia and reminiscence…

Privacy & Cookies: This site uses cookies. By continuing to use this website, you agree to their use.
To find out more, including how to control cookies, see here: Cookie Policy
← Cannes Film Festival 2018: Huma Qureshi, Bollywood star helps to open India pavilion here
Got the festival frenzy? ‘Retracing our footsteps’, ‘ZEE JLF at the British Library’ and London Indian Film Festival attract star contributions and ready to spark stirring debates… →