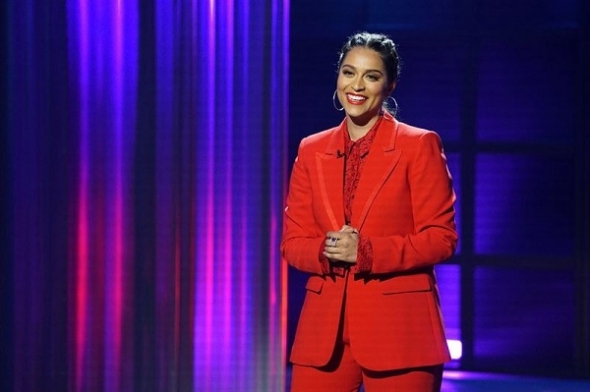 What’s been happening over the last few days, the bird’s been looking at…

YOUTUBE star Lilly Singh has completed her first week of her new NBC network show, ‘A Little Late with Lilly’ with a general thumbs up – from critics.
The professionals have been a little bit more forgiving than the general viewing public – some think she is trading too much on her differences (to the majority of US white male talk show hosts) and not enough on making her show entertaining, informative, engaging.
They say the guest interviews – early on, she has had Mindy Kaling, Christina Aguilera and fellow talk show presenter, Chelsea Handler – are the best. Some think the guest spot with Tracee Ellis Ross, an Instagram star in her own right, an actress and the daughter of Diana Ross, show Lilly at her very best.

Less appealing is the traditional monologue (but Lilly said she won’t do politics) and skits, which appear very YouTube influenced and not particularly original. The programme is pre-recorded in front of a live show and put out after Jimmy Fallon and Set Meyers shows in the US.
Nevertheless, it’s very early days and to expect a show to hit the ground running from Day 1 with someone who has never hosted a talk show before, is a tall order.
Lilly is one of the biggest single-person content providers on YouTube, amassing almost 15 million subscribers (as of publication of this) and has interviewed Bill Gates and Michelle Obama – and featured Bollywood-Hollywood star Priyanka Chopra Jonas in one of her skits. She had some small roles in Hollywood films too, but this is her first crack at network TV. She moved from her Toronto home to Los Angeles to further her career. In 2014 she talked to www.asianculturevulture.com and spoke to Sunny of Sunny and Shay (BBC Radio London 6pm-8pm Sundays) about her favourite films.
You can catch her on NBC at 1.30am in the US – and on a new YouTube Channel, ‘A Little Late with Lilly Singh’ – https://www.youtube.com/channel/UC2gzy_aI-luPtEpL-GzQP6w/videos

A NEW ten-episode drama has dropped onto Amazon Prime with Manoj Bajpayee in the lead role.
Called ‘The Family Man’ it ‘s about an Indian secret service agent who has a seemingly ordinary (well, testing) family life and tries to manage his wife and two children while trying to keep Indians safe from terrorist attacks.
Aside from the rather pat and predictable nasty (rogue?) Pakistani ISI agents (so far in ep1) colluding with disaffected ISIS recruits from Kerala (partly based on real reports), it’s entertaining and developing into a veritable thriller.
May not exactly be early ‘Homeland’, but very watchable and humorous as Bajypayee’s character has to lie to get his way at home and has two sidekicks (not just his kids, but professional colleagues played by Sharab Hashmi and Gul Panag) who work well. It dropped on Friday, September 20.
Trailer is here https://youtu.be/XatRGut65VI

‘Hotel Mumbai’ to hit the UK

‘HOTEL MUMBAI opens this week in cinemas (September 27) and can be viewed on Sky Cinema.
British stars of the film, Nazanin Boniardi and Jason Isaacs were in town promoting the film last week. It first screened at the Toronto International Film Festival (TIFF) last year and www.asianculturevulture.com was there to see it.
Dev Patel and Bollywood/Hollywood star Anupam Kher also feature.
First-time director Anthony Maras has done a great job and the film is based on the Mumbai 26/11 attacks, and though you know what happens roughly, it’s a super watch and Maras takes you inside to the hell and fear that was the Taj Hotel Mumbai that evening.
Was originally a Harvey Weinstein film and got caught in the crossfire when his company was wound up. It is not clear when the film might be released in India.
Here’s the trailer – https://youtu.be/gVQpbp54ljA News report/review (2018) http://asianculturevulture.com/portfolios/hotel-mumbai-emotional-world-premiere-for-film-about-mumbai-attacks-dev-patel-and-anupam-kher-shine-as-indian-heroes/
Nazanin Boniardi interview: https://youtu.be/PwBRXrfiEJE
Anupam Kher interview: https://youtu.be/zuv9Mxy0Ea0

BOLLYWOOD star Ranveer Singh will be immortalised at Madame Tussauds in London and Singapore.
It was announced as Singh won the best actor accolade at the recent 20th International Indian Film Academy Awards (IFFA) in Mumbai. Alongside his acting award, he was presented with a Madame Tussauds of the Future Award. His wax works will go up in London and Singapore next year.
He told the audience he was overwhelmed to be recognised in this way, regaling the audience with a story when he was young and saw a picture of his mother with the Queen, asking where was this? “Madame Tussauds” was her reply.
His wife Deepika Padukone had a wax work installed earlier this year in London.
“I’m going to figure out my pose, figure out my dress. It’s going to be you and me baby, husband and wife at Madame Tussauds London – boom baby.” Steve Davis, general manager at Madame Tussauds said: “Ranveer visited our attraction earlier this year for the unveiling of Deepika Padukone’s figure. As Bollywood’s most in-demand couple it will come as no surprise that we’ve been inundated with requests for Ranveer’s figure to join his wife ever since!”
There’s as yet no date on when Ranveer Singh will take his place in Madame Tussauds London.
Ranveer Singh’s film ‘Gully Boy‘ was a critical and popular smash and has led to Singh launching a record label, specialising in Indian rap.

BRITAIN’S only literary prize reserved for British and British-based authors of colour is open to submissions now.
In its fourth year since starting in 2016, the Jhalak Prize for Book of the Year comes with a £1,000 cash award for the successful author.
This year’s judges are Roy McFarlane (poet) Anita Sethi (journalist), Nikesh Shukla (author, editor and co-founder of Jhalak Prize) and Kerry Young (novelist).
Last year’s winner was Guy Gunaratne for ‘In our Mad and Furious City’. Previous winners Reni Eddo-Lodge for ‘Why I am no longer talking to white people about race’ and Jacob Ross for ‘The Bone Readers’.
Sunny Singh, co-founder and prize administrator, as well as academic and novelist, said: “Since its inception, the Jhalak Prize has focused on celebrating the astonishing quality and range of work by writers of colour in the UK. This year promises even greater literary riches. I am also in awe of the judging panel which includes some of most incredible contemporary writers in Britain today.”
The submission window started on September 17 and the last date for entries is December 15. A longlist will be announced on March 3, the shortlist announcement on April 14 and a winner on May 26 2020.
Inquiries: info@jhalakprize.com

Double your chances of winning but enter today (by 11.59pm tonight/Sunday September 22)

LAST but certainly not least – is our competition to win tickets to see the Baahubali screening and live orchestra playing on Saturday, October 19 at the Royal Albert Hall.
Director SS Rajamouli and music composer MM Keeravaani will be in attendance as will the big three from the film itself, Prabhas, Anushka Shetty and Rana Daggabuti. The competition will go live on site tomorrow (Monday) but you can DOUBLE your chances of entering the competition NOW – just email editor@asianculturevulture.com with the correct answer to this question – who composed the music for the film?
More detail here and sign up to our newsletter if you haven’t already… thanks!
https://mailchi.mp/e5c953ad9651/win-free-tickets-to-see-baahubali-live-at-the-royal-albert-hall