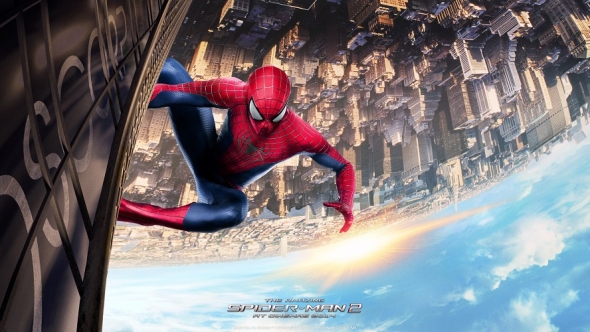 The first of the summer blockbusters is out tomorrow…

OKAY, so “The Amazing Spider-Man2” not our usual fare…but take a bird to a feeding table…

First up, it was an enjoyable ride. The plot was a little convoluted – what’s wrong with having just one villain?

In this there are two, no wait… three, and the end makes it quite clear there will be a sequel and the battle must go on.

Despite this and surprisingly, there is some emotional depth to the story: we have the on-off romance between Peter Parker (aka The Amazing Spider-Man2/Andrew Garfield) and Gwen (Emma Stone) and the health of a dear friend Harry Osborn (Dane DeHaan).

We find orphaned Peter living quite unobtrusively with his Aunt in a suburb of New York city and going about his business as both Spider-Man and Peter Parker.

This aunt is none other than Sally Field and quite wonderful she is in it too. She inhabits a sensitivity and vulnerability that has Peter reaching for his inner demons as well.

In effect, there are two battles here – those that Super-Man has with his arch enemies, Electro (Jamie Foxx) and later the Green Goblin (De Haan) and those with himself.

Garfield brings a certain swagger to Spider-Man at least while he is in spandex; as Peter, he seems like your quite unremarkable American college kid trying to make his way in the world, with a cute girlfriend, and folks like his aunt who care about him deeply. All very normal.

In the beginning, he is, as you would expect, a crime-busting phenomenon whom the police are wary of – at least institutionally.

Individually, there is respect, even admiration for the additional ‘man in tights superhelp’ he provides.

These enemies don’t seem particularly formidable in contrast to the ones he encounters later, such as Electro.

Played by Foxx, and animated in such a way that his ethnicity is unavoidable, you do wonder whether he represents (symbolically) white suburban Americana’s most apocalyptic vision of a ‘scary black man’.

The special effects are best around the fight scenes and when Spider-Man is leaping through the air, but at other times the 3D seems far from vital.

Whether you’re a fan or not, there’s enough to keep everyone entertained – so long as you don’t get too caught up in the dynamics of what happened when and to which character exactly – that’s where the plot overlayers itself and the film gets too complicated and messy. The science (though we are no authority) is interesting, but appears far-fetched, nothing wrong in that.

Again, one villain, and one back story would be quite sufficient.

In some ways, the film is rescued by its emotional pull and tender rendering of sensitive subjects (both achingly close to many of us – in bereavement, relationship-breakdown and perhaps more distantly, but still pressing in some cases, the never-ending question – who are we and what is our purpose here?) Don’t ask us.

It’s not as though the Amazing Spider-Man2 really has any answer to the last two questions, but it does make some effort to move one emotionally and that helps to make the film a decent cinematic experience.