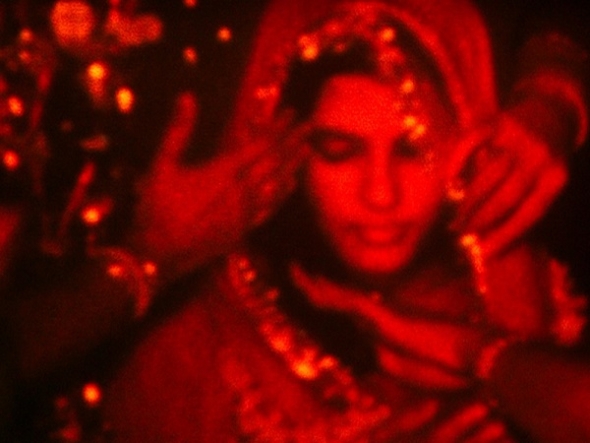 INTIMATE, insightful and a very powerful review of history in near-time – is what comes through watching ‘A Night of Knowing Nothing’.

Director and co-writer Payal Kapadia’s much acclaimed, ‘documentary’ is a film you shouldn’t miss if you are interested in India and why authoritarianism everywhere is on the rise. She co-wrote the story with Himanshu Prajapati.

The film won the Golden Eye Documentary Prize at the Cannes Film Festival in July and came to Institute of Contemporary Arts ICA) in London yesterday (November 25) for its first UK screening. It opened the Frames of Representation Festival (FoR, running until December 4 at the ICA) to a packed theatre last night.

It is and isn’t a documentary – all the footage is real (ie not staged or scripted) but the narrative is somewhat explorative, if we can put it like that.

Narrated by a seemingly fictional character, and composed like a series of letters with video – it is a long lament really and casts its net from a period of about 2014 to 2020 and just before the world changed with the pandemic.

Payal is a graduate of the National Film and Television School in Pune and there are moments of this film where it has an experimental, unshaped, film student feel – that’s no bad thing – it’s authentic, sincere and raw. It puts us the viewer right in the middle of these tumultuous events.

It starts with the controversy over the selection of a new head of the film school – the Bharata Janata Party (BJP) government, led by right-wing Hindu nationalist Narendra Modi, appoint a prolific actor with little experience behind the camera. His seemingly strongest credential is that he played one of the god-like characters in a popular mythical-religious TV soap series and is well connected. The students revolt and go on strike – what Payal and her classmates experience is what parts of the country will feel as the BJP tightens its grip on power and what is so well-documented by her in this film.

It’s not just about India – it’s about a lot of things that modern societies and democracies of all shades are grappling with and leaning towards – a much fiercer authoritarianism, but seemingly legitimised by popular opinion (ie. acting in the majority interest and as the government elected to power to represent those very same people).

This film starts off in a cultural space and is very concerned by what is happening in Indian universities – many protests and strikes afflict the higher education sector. There is a lot of agitation and protest. The student wing of the BJP is active and clearly resurgent off the back of its election successes and the elders possibly realise the battle for hearts and mind is very acute here – the majority of India is under 35.

Payal’s narrator is a film editor and is writing to her fiancé but there is self-questioning and doubt – her other half is from another caste and their plans for marriage are uncertain, because both families seem opposed to their union.

The narrator covers the tragic suicide of Rohith Vemula in 2015 – the Ph.d student at the University of Hyderabad who killed himself after clashes with the authorities over his politics. Identifying as a Dalit and involved in Ambedkar politics (BS Ambedkar basically drafted the Indian Constitution in 1950 and was born a ‘Dalit’ – ie from a low caste and preached Equality).

In the film. left wing students and even those sometimes simply opposed to the BJP’s brand of politics are quickly branded as ‘anti-national’ and dismissed as troublemakers or terrorists (those from a Muslim heritage are nearly always given this moniker).

Payal chronicles much of the ensuing turmoil and fallout and those who follow Indian news will get another welcome eye on events – not translated through the mass media. This is history at ground level.

There are also beautiful scenes of dancing – of students just having a good time and being in the moment – breaking the film’s seriousness and sadness. There is also home footage of parties, and celebrations but the identity of those featured is not clearly delineated.

That’s why it’s a lament and will strike a powerful chord with anyone who likes the country and knows its people – the descent into strife, division and violence – and supported, even some would say, stoked, by elements of the police and some state authorities, leave you fearful of what still is, possibly, to come. And yet…

It isn’t just in India that these fears are growing and real – everywhere minorities and those out of step with majoritarian opinion are under scrutiny and can easily be crushed in the name of populist sentiment and what politicians feel is ‘doing the right thing’: once the process has started, it is hard to contain.
Acv rating: **** (out of five)

*In the post screening Q&A with Nico Marzano, head of ICA Cinema, Payal Kapadia confirmed the film has yet to screen in India. She said she was looking at the possibility of showing it at a film festival. The ICA will be releasing a video of the talk soon.

ACV’s Brigitte Leloire Kerackian’s interview with Payal Kapadia after its screening in Cannes 2021 but was shot before the Golden Eye Prize.