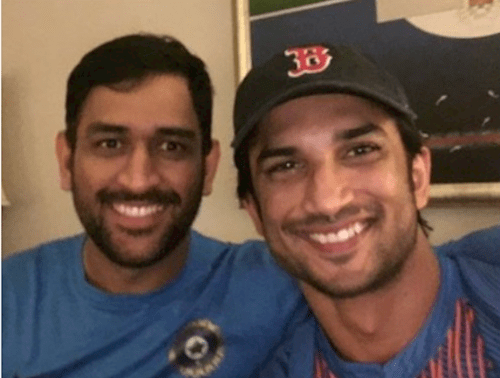 THERE has been a huge outpouring of grief over the death of up and coming Bollywood star Sushant Singh Rajput.

The death of the 34-year-old star in Bandra was announced by Mumbai Police yesterday (June 13) and they said no suicide note had been left.

Many people have reiterated the need for India to take depression and other mental illnesses more seriously than it does – the country has a glaring lack of psychiatrists and other trained professionals who help people suffering from mental issues.

India’s Prime Minister Narendra Modi paid tribute to the star who broke through in the biopic on India’s cricket captain, MS Dhoni in ‘Ms Dhoni: The Untold Story’. (2016).

His last film was ‘Chhichhore’ in 2019 and he also enjoyed much success with ‘Kedarnath’ (2018). Born in Patna, Bihar, he dropped out of engineering college in Delhi and then made his way to Mumbai, where he trained at the Barry John School of Acting, and first got into TV.

With parts of the country still dealing with the coronavirus crisis and some parts still in lockdown, there have been calls for people to support charities and other groups grappling with mental illness and related issues in India.

We will have a full story shortly…keep tuned please.

Privacy & Cookies: This site uses cookies. By continuing to use this website, you agree to their use.
To find out more, including how to control cookies, see here: Cookie Policy
← ‘The Roaring Whirl’ – musical group rediscovers its voice after 27 years…
Bird Bites: ‘A Little Late with Lilly Singh’; ‘The Family Man’; ‘Hotel Mumbai’; Ranveer Singh at Madame Tussauds; Jhalak Prize open; Baahubali Live competition (enter now) →