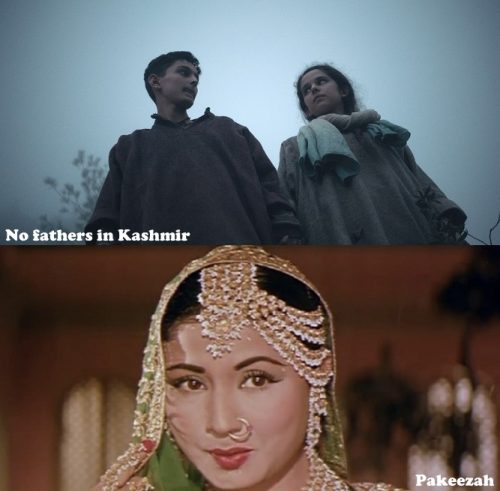 CHANGE and the theme of revolution lie at the heart of the path-breaking films being presented this year at the UK Asian film Festival (March 27-April 7).

Centring in too on #MeToo and the fightback led by courageous women on the sub-continent, calling out men who abuse their power and status, the festival has consistently championed feminist films from the region, and will exhibit productions with edge and energy and a drive for positive change.

The UK Asian Film Festival will take place across four cities – London, Manchester, Leicester and Edinburgh between March 27-May 4.

Opening the festival is ‘No fathers in Kashmir‘ (2017) made by India’s youngest Oscar-nominated and twice National Award winning director Ashvin Kumar.

The story explores love and romance in a troubled region and we see the particular heartache and pain of first romances through the eyes of Noor, a British Kashmiri girl.

The film has faced huge controversy in India – with India’s Central Board of Film Classification slapping an adult rating on the film, while Kumar has always maintained it warrants a UA classification, meaning that young people over the age of 12 should be able to watch it, with parental guidance.

Kumar and lead actress Soni Razdan will participate in a post screening Q&A.

Transgender takes centre stage with ‘Ek Asha‘ (‘A Hope‘) – with one woman’s dream of becoming a teacher in her new identity.

Sridhar Rangayan brings his critically acclaimed ‘Evening Shadows‘ to the UK. Made before 377 (wheh homosexual relations were outlawed) was scraped, it tells the story of a young man who comes out to his mother and then sees the world crash around him in the immediate aftermath.

Iconic campaign and care group, Southall Black Sisters, mark 40 years as one of the leading women’s organisations in the UK with four films – each representing one decade – specially selected by them.

‘Provoked‘ – starring Bollywood icon Aishwarya Rai chronicles the remarkable story of Kiranjit Ahluwalia whose years of abuse at the hands of a violent husband ended only when she was released from prison following a campaign by Southall Black Sisters. Ahluwalia will make a rare public appearance.

The closing film is likely to be ‘Pinky Memsaab‘ – a Pakistani film exploring two women’s relationship, which crosses boundaries, in Dubai. Pakistani media reported stars from the film tweeting about its inclusion in the fest and bagging the prestigious closing slot.

Dr Pushpinder Chowdhry MBE, said: “This year’s festival will present pertinent stories of the ordinary person told through films that address global challenges of our time.

“Revolutions help define who we are; they can either bring glorious freedom to our inner thinking and outer aspects of our lives or restrain us by what we think is acceptable. Only then can we break the boundaries to realise our full potential and to navigate our way in the world.”

In a bid to link the older and the younger – this year, UKAFF launched a Young Curators Lab – to help the next generation of film programmers and curators find films, reflecting a wider experience and throw a worthy light on minorities often made invisible by the mainstream mass media.

The young programmers helped to select ‘No fathers in Kashmir‘ and ‘Chegu‘, a film about a young boy inspired by the example of Che Guevara, and ‘Nobleman‘ – in which a 15-year-old faces down bullies as he prepares to star in a production of Shakespeare’s ‘Merchant of Venice‘ at his posh Indian school.

Samir Bhamra, UKAFF creative director, said: “This festival has always been revolutionary. When Tongues on Fire started 21 years ago, it was the only Asian women’s festival in the world platforming female talent across all media.

“As a tribute to our pioneering start, the BFI has awarded funds from the National Lottery to also enable the UK Asian Film Festival to establish a Young Curators Lab to nurture a new generation of cinema audiences to appreciate and distinguish independent, South Asian films from all over the world. In short, we are handing control of a key gala screening to young people!”

Part of the festival is also dedicated to highlighting the best of short films, highlighting women-centred topics. Nine short films, as chosen by Archana Padmini in association with the Women in Cinema Collective and Minimal Cinema from India, will be screened at the fest.

UKAFF has also launched a Young Critics Vote for the annual short film competition and these will become the Shorts Corner judging panel. The Short Film Competition screening takes place on March 30.