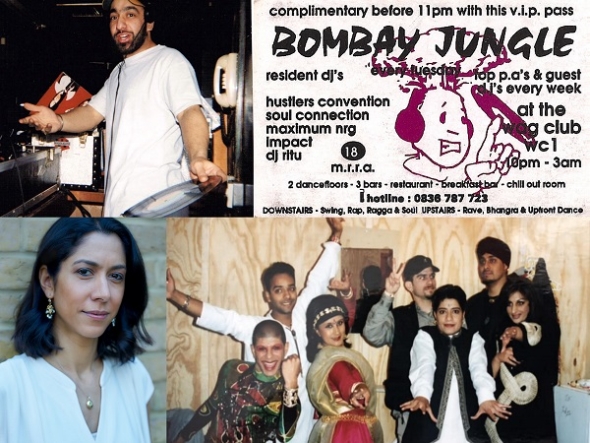 PARTITION and the infamous Norman Tebbit cricket test may seem a long way from each other but to BBC broadcaster Kavita Puri, they are both part of an important story.

That story is us, or the Asian community at large.

Partition is about Empire and how one sub-continent became several countries and how in this context, the sons and daughters of those nations landed up in Britain.

It is one significant part of the story of modern immigration to Britain – and many of those who came to the UK in the 1950s were migrants already displaced from their ancestral homelands.

In 1990, Tebbit, a Tory grandee and former government Cabinet minister, accused many migrants of showing disloyalty to the home country in which they lived, by supporting cricket teams from the subcontinent rather than England.

All this is covered in Puri’s latest BBC Radio 4’s ‘Three Pounds in My Pocket’ – now in its fourth series and about to drop this Friday (January 8). Some of the people she spoke to in earlier series contribute again in what is a series charting social developments within the British Asian community.

There are two episodes now that cover the 1990s and the final instalment of the three episode series looks back at the major developments over that period.

The series was first broadcast in 2014 and begins with Asians who came to the UK in the 1950s and since then every series has covered a significant portion of British cultural and political history as seen by individuals.

“With the first generation it is the hard fight, campaigning for equality under the law.

“For the second generation being born here, there is progress and more cultural expression. They can be both British and South Asian,” Puri told www.asianculturevulture.com.

“For the third generation, now entering their 20s and with the advent of Black Lives Matter, there is a re-appraisal.

“They want to know about history. We have a Black History Month, but we don’t have anything about South Asian history – it shouldn’t be separate – it is a shared history and all linked. The history of Britain and South Asia is inextricably intertwined.”

The latest ‘Three Pounds in My Pocket’ series also looks at regional differences – young Asians in London were starting to mix in clubs and bars and bhangra and other Asian inspired genres of music were beginning to take off and the BBC comedy sketch show, ‘Goodness Gracious Me’ was making everyone laugh.

Well known DJ Ritu is among those who contribute to the latest programme. She was part of a burgeoning London club and music scence, centred around Asian culture – and she formed the band, Sister India in 1999 and it toured the world until 2007.

DJ Ritu told acv about her contribution to the latest ‘Three Pounds in My Pocket’.

“We talked about my role in in helping to shape the British Asian club scene and music industry, co-founding Outcaste Records, running club nights and residencies – such as Bombay Jungle, as well as bits of my own career on BBC radio.”

Yet in some northern cities, such as Oldham, tensions between communities was high and racist right-wing parties such as the National Front and the later British National Party had a menacing street presence and were extremely violent.

Some parts of the Asian community were beginning to feel more isolated and alienated in addition – the massacre of Muslims at Srebrenica (July 1995) during the three-year Bosnian War which ended in December of the same year and the terrorist attack of 9/11 in 2001 against the US, disproportionately impacted a community already suffering appreciable levels of discrimination and disadvantage in Britain.

Puri told us: “There is no single Asian community – it is complicated.”

In future series, Puri aims to go back and talk to the individuals as they lived through the post-Blair/Brown British governments. The title of the programme comes from the first migrants who left India with three pounds in their pockets – this is the amount they were permitted to bring with them when they first arrived in the UK.

What Puri sees now is a greater appetite among many young British South Asians to explore their history and culture – and among the older community, there is a greater willingness to talk about Partition and the past much further back.

Her book on the subject, ‘Partition Voices’ first came out in 2019 and was published in paperback last Summer and this came out of a radio series with the same title broadcast on Radio 4 in 2017, coinciding with the 70th anniversary celebrations of India’s independence from Britain.

Puri’s interest in Partition is partly personal – her late father was born in Lahore and lived there as a young boy, but had to move with his family from there to India when Muslim majority Pakistan was created.

Puri told acv the time in 2017 for some people to speak publicly had come.

“People were ready to talk and we were asking and ready to listen and we needed a safe space for that,” Puri explained.

Her book has a very moving and poignant prologue about going to Haridwar in India to perform the last rites for her father.

“With 1947 and Partition, the story doesn’t end there.

“Grandchildren are connected to a land they have never even visited and there is a curiosity – I feel that about Lahore, I feel like I have a profound connection and I would like to go there.”

Puri is an award-winning journalist, executive producer and broadcaster who has been editor of the BBC’s ‘Our World’ strand and worked for many years on ‘Newsnight’ and studied Law at Cambridge University.