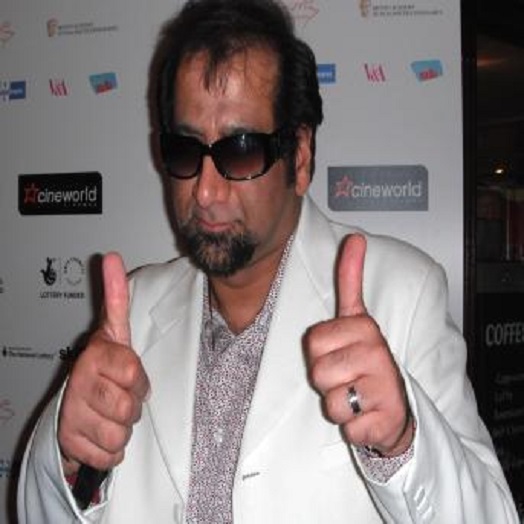 Comic defends use of that word in comedy creation

FUNNY man Jeff Mirza has defended his use of the word, p***i, to describe a new comedy character, arguing it should be reclaimed and not deemed offensive in many contexts.

Mirza told www.asianculturevulture.com: “It’s (p**i) like a normal word for me.  We never had such a problem in Scotland

“It’s a very English thing. It’s like when you go into a pub in Scotland or Ireland and someone says… “shuttup you silly little sod, it’s like that.”

He previewed the characters at Tara Arts theatre in South London last month with Bashir offering many modern homespun homilies that will tickle, while Hamsta was much more, at the time, a work in progress. The characters are new, different and insightful about modern Britain. Not everything worked, but he is pushing the envelope

The veteran comic told www.asianculturevulture.com, he wanted to take the sting out of the word, which is still widely regarded as being extremely offensive.

“We need to move away from that. Why are we frightened? It is all about the context in which the person is saying it – we have had that argument about Kiwis, Aussies – the context of the person saying it is more important to me now than the word (itself). I’ve noticed more recently in the community, kids are using it. “

Sure, when Asians use the word, it has a different impact (and one that usually is more playful than offensive) but can white people do the same?

“We are all p***s  in that sense. Slurs are always about what the other person thinks it is. It’s like the word h**key – a white person may not find it offensive, but enough people say it enough times they might find it offensive,” explained Mirza.

“There are shows where blonde people have got upset because I said ‘there is a blonde girl in the room’ and  a blonde, blue-eyed guy had a problem with it – it all depends on context.”

Mirza was best when ad-libbing and involving the audience and his character Bashir is very recognisable and streetwise and endearing, all in a very British way.

“I knew a guy when I was growing up called Anwar and he had views on things; he had a traditional marriage and there was real wisdom in what he said. He’s not so much looking back but forwards…”

Indeed, Bashir has a gay son and Mirza subverts the expected response with wit and wisdom.

The veteran comedian also displays a far acuter understanding of cultural dynamics than the vast majority of our mass media, which subconsciously or not, equate religion with reactionary. There is a greater acceptance of different lifestyles and choices, provided they do not impinge on others.

“There’s a lot in the community,” he told ACV slightly mischievously. “I am not gay myself but I’ve never talked about these issues. People say “oh, he has a gay son” and my Mum said we used to have gay people back home…”

He told ACV that when he was growing up, insurance was regarded as ‘haram’ (forbidden) but that with the onset of so many car accidents in the Middle East, insurance had now been deemed acceptable.

Probably the best reflection of this is Abu Hamsta’s hilarious skit on divorce.

But gay mums, in the closet clerics, watch out your secret is absolutely safe with Abu Hamsta…

“I’m in Edinburgh now, have been called a ‘P**i’ a couple of times, once while dressed in my burka,  and another while in my Sheikh gear; I just give the thumbs up and congratulate them on their geographical astuteness – but I recall vividly the fear that the word would put into me as a kid when hurled across the playground, and I don’t want kids to feel that way again, it’s painful and it makes them ashamed and embarrassed about their colour and their heritage.

“I want to reclaim the word ‘P**i’ – I want kids to be proud, dare I say, “empowered” for  being called a Paki instead of embarrased and ashamed.  My Country of origin is not going to be a “dirty” word because some ignoramous decides it is; Mr Joe Racist-Public can call me a ‘P**i’ to demonstrate his pitiful little life and inadequacies, but I am going to ‘own’ the word and be proud of it.