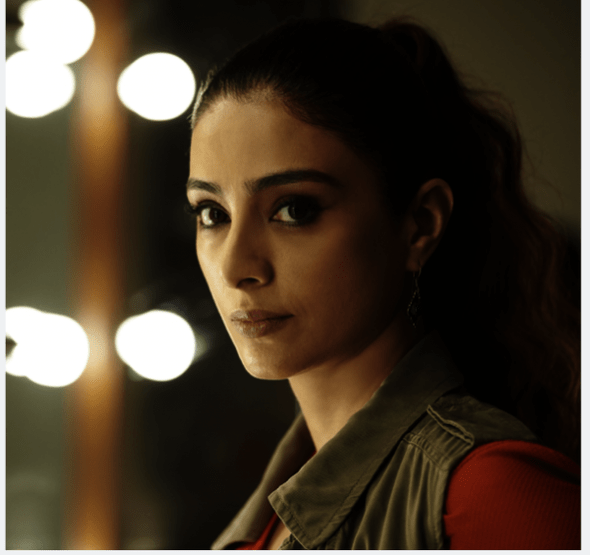 Star’s character Manju has laughs and something to say…

ICONIC may be a much overused word when it comes to an actor of the stature of Tabu, but hearing her talk about her latest film is a reminder that she occupies a very special place in Bollywood.

From her earliest films, she has always maintained a poise and sophistication that seems at odds with the general tenor of an industry, not always sympathetic to women – especially those not young and pneumatically nubile.

And while ‘De De Pyaar De’, out today (May 17), may appear to be a knockabout comedy, to some degree, there are some important matters of substance underneath it – and which undoubtedly drew to Tabu to playing Manju.

Directed by well-established Akiv Ali (‘Barfi’), the film has an interesting and provocative set up.

Basically, Aashish (Ajay Devgn) is a rich businessman who spends a lot of time abroad, principally London and it is there that he meets and falls in love with Ayesha (Rakul Preet Singh).

The fact that he has children of a similar age is awkward to say the least and then there is the ex-wife.

“She has lived her own life,” Tabu tells www.asianculturevulture.com over a slightly crackly line to Mumbai. “She’s very mature, very matter of fact and critical about a few things but she also knows the emotional crux of any situation.”

Without articulating it directly, Tabu is saying this is a character with which she could identify and empathise.

“She has her own moments, but she has learnt to navigate and go through her life in the best possible way with a certain sense of individuality and assuredness.”

She’s very together about her ex-husband of some years falling in love with a woman as old (or as young) as their own children.

Are we seeing a change then in Bollywood? Is the older woman character being given her dues…finally?

“I don’t like to label this as an ‘older woman character’, there has been a huge shift and progress,” she argued.

“It’s really not about being older or younger, that is not how these characters are defined, it is the situation that defines them.”

Don’t see the age – see the characters, and in the end it may well be the underlying message behind this film and of course, it’s a comedy.

“I loved the dialogue, I think Luv Ranjan (and writers Surabhi Bhatnagar, and Tarun Jain) has a knack of writing funny things and I completely enjoyed playing Manju.”

Her look in the film has already garnered many plaudits and her chemistry with Ajay Devgn is something that will draw an audience on its own.

She told www.asianculturevulture.com: “It’s a continuation of working with him – it’s one of the most beautiful things about my career and I hope that it continues forever.”

You dare say there is something of ‘Manju’ in Tabu and she’s reached a certain level in her life.

“She knows how to navigate (people’s) emotions”

And what of the future now?

“I get so many scripts I don’t know what to say yes or no to. It’s not just about the script any more – it’s there should be a sense of trust I should feel about the people I am working with.