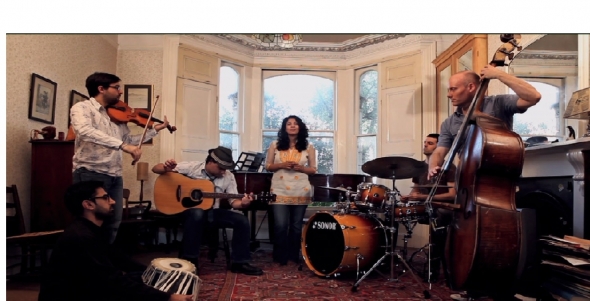 Arts venue will mark Independence of Bangladesh with varied programme of entertainment and acitivities, much of it free…

ENGAGING young Bangladeshi Britons and making others more aware of the country’s modern and thriving arts scene are just two of the aims behind ‘Freedom Week’ at Rich Mix.

The multi-arts venue in Shoreditch, London plays host to wide variety of events beginning this Friday (March 21), encompassing theatre, music, visual art, and film – and the week also includes fun activities for kids and more family centred events, all marking the creation of Bangladesh. Many of these events are free.

Oliver Carruthers, head of programming at Rich Mix, told www.asianculturevulture.com: “One of our ambitions with this week is to not only to showcase local voices, who are based in Tower Hamlets, but also to show that people are doing excellent work in Bangladesh.”

The arts venue has marked Bangladesh Independence, which falls on Wednesday (March 26), quite routinely, but has never done anything quite as ambitious as a whole week of activities.

Carruthers explained: “What I wanted to do is a whole week of activities that could bring in different audiences. There’s a varied programme and because it’s free people can dip in and out.”

Being situated in the borough of Tower Hamlets, where around 37 per cent of the population are of Bangladeshi heritage, the week also aims to provide a window onto that country and its artistic and cultural links with young Britons.

“It’s important for us to do programming that is about and for that community of people,” said Carruthers.

But it is also going further in that Rich Mix is now providing a platform for the best from Bangladesh itself.

Among those participating is Drik (meaning vision), a Dhaka based visual communications agency, which is well-known around the world for its journalism, social campaigns and advocacy work.

“I was very keen to find partners in Bangladesh who were not just talking about Bangladesh being a poor country, but ultimately showcasing the brilliance and excellence of arts and culture coming out of Bangladesh,” Carruthers pointed out. “Drik are recognised as a global force and a world renowned agency – it is very exciting to have an organisation of that quality here.”

Among those participating is photographer and writer, Shahidul Alam, one of the main figures behind Drik. He will be speaking about his experiences and work, as well as carrying out workshops with local schoolchildren on Monday (March 24).

He is not the only significant figure from Bangladesh to be coming to Rich Mix for ‘Freedom Week’.

Film director Nasir Uddin Yousuff will be on hand to answer questions after the screening of “Guerilla”, a feature based on his own experience as a freedom fighter in 1971.

Described as a film that “chronicles the fight of a generation”, it should allow people who don’t know much about the history of Bangladesh to understand its tumultuous birth.

Another part of Freedom Week is the play, “Birangona: Women of War”, produced by the British-based Komola Collective, which seeks to unearth untold stories. It is among the opening events and runs until Sunday (March 23). There’s also a post-show discussion with the South Asian Womens Creative Collective and leading novelist Tahmima Anam is among the panelists after Friday’s staging.

“That was another reason why we wanted to do Freedom Week – one of the playwrights of Birangona was struck by a second generation Bangladeshi who didn’t know much about 1971.

“I am from East London and live and work here,” said Carruthers. “It strikes me that not a lot of people know much about the formation of Bangladesh and there is an educational remit, as well as an arts and culture one at Rich Mix.”

Among the closing events on Thursday (March 27) is a free concert performed by Khiyo (pictured above), a London-based band that draws from traditional Bengali music, as well as more contemporary sounds, influenced by its varied composition of musicians and led by talented singer Sohini Alam (centre in picture) and composer-instrumentalist Oliver Weeks.

At a glance programme…