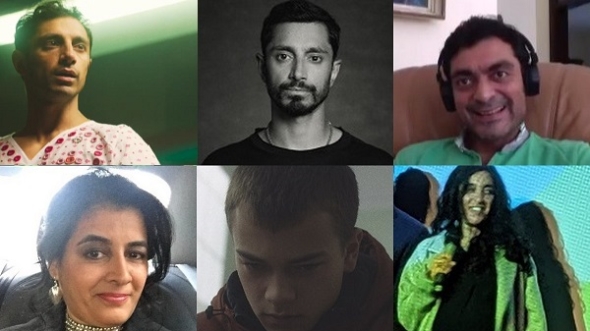 Alyy Khan who spoke about his role, as the father to Ahmed, in ‘Mogul Mowgli’ to www.asianculturevulture.com, has been nominated in the best supporting actor category, while the film also has nominations also in best music (Paul Corley) and cinematography (Annika Summerson) categories.

‘Mogul Mowgli’ is Ahmed and Tariq’s first film together and charts the physical and mental torment of a rapper, played by Ahmed, who on the cusp of a global breakthrough, succumbs to a serious and sudden auto-immune disease, forcing him back to the parental home in London, from a tour in the US. The film premiered at the Berlin Film Festival in February and first screened in theatres in the autumn here.

Alyy Khan told www.asianculturevulture.com: “It’s great, fantastic, to get these bunch of nominations. We are in august company.”

Shah’s debut film, ‘White Riot’ has been nominated in the best documentary section. She made the film about how the tide turned against racism in Britain in the 1970s through music, with Ed Gibbs. She won the Grierson Award for her film at last year’s London Film Festival and it was released in this Autumn in Britain.

Composer Nainita Desai has scored big again following the success of the Bafta-winning documentary, ‘For Sama’ last year for which she made the score. Desai appears in the music category for her work in ‘The Reason I Jump’. Based on a best-selling memoir by 13-year-old Japanese autistic boy, Naoki Higashida, the film explores non-verbal communication and what it means to be autistic as a young person making their way in the world. It also got a nod in the sound category of Bifa. The film premiered at the Sundance Film Festival earlier this year where it won the Audience Award. The film directed by Jerry Rothwell also appears in the best documentary section.

Conrad Khan features in the most promising newcomer category. He carries the powerful and unforgettable ‘County Lines’ – about childhood drug dealing on his slender shoulders and acv cited him as one to look out for in the future when we reviewed the film at London Film Festival last year. The film was released this autumn in theatres. Debut director Henry Blake features in the Douglas Hickok Award, for debutant directors. Ashley Madekwe who Khan’s mother in the film gets a nod in the best supporting actress category and Harris Dickinson, as the drug dealer who takes the 14-year-old ‘Tyler’ (Khan) under his wing, appears in the best supporting actor category too.

The awards were announced this morning (December 9) live and hosted by Micheal Ward (‘Lovers Rock’) and Holliday Grainger (‘Patrick Melrose’).

The winners are set to be announced in early February and more details about the event will be released in January.

For all the nominees and categories see here : https://www.bifa.film/awards/2020/winners-nominations/