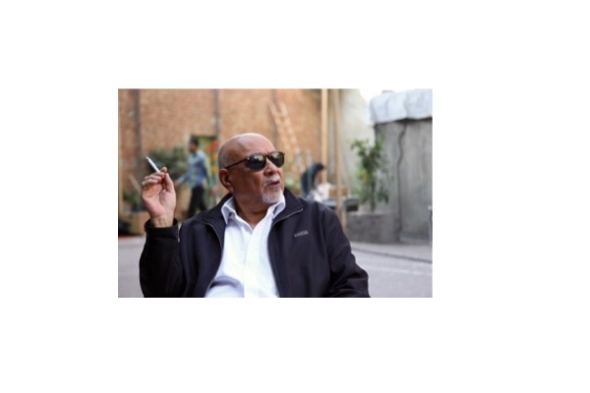 Writer was deeply learned, inspired by Sufi mystical poetry and part of a brilliant collection of politically conscious Asian and black poets who emerged in Britain in the 1980s…

THE AUTHOR, poet and producer, Mahmood Jamal has become another casualty of Covid-19.

He succumbed on December 23, while undergoing treatment at the Royal Free Hospital and www.asianculturevulture.com remembers a man who was much loved and admired by friends and family alike. He was 72.

Jamal who was born in Lucknow, India – came from a scholarly Sufi family of Firangi Mahal (a centre of Islamic learning, rather like a university) – and was the son of Jamal Mian Firangi Mahalli, a major figure in the Independence movement of India and Pakistan.

He was one of seven children and had his education at La Martinière College, Lucknow before the family moved to East Pakistan, then later Karachi.

Jamal came to Britain aged 19 to study accountancy but got involved in left-wing politics, gravitating to the Troubadour Coffee House, Earls Court, one of the centres of intellectual and artistic life in London and where he began writing and performing poetry and living in squats.

He was a co-ordinator of Troubadour poetry readings from 1972-75 at the Troubadour, and was a regular participant in Black Voices, a forum for Third World Writers organised by Cecil Rajendra (a Malaysian London based poet).

His poems appeared in London Magazine, Black Phoenix, Poetry Round and in anthologies of Third World poetry.

His poem, ‘Coins for Charon’ was published by Courtfield Press in 1976 and then in 1984 his first book of poems, ‘Silence Inside a Gun’s Mouth’ was published by Kala Press to celebrate London Against Racism Year curated by the Greater London Council (GLC).

The cover design was by his friend, the artist, Rasheed Araeen, and his poems include, ‘Swamped’ , ‘Black Skin, White Mask’ (later called ‘Apples and Mangoes’ – see link below) , ‘Whose Word is it Anyway?’, ‘Britain 1984’, and ‘Immigrant’ , and ‘Silence’. All deal with inequality and colonial histories in sharp and entertaining ways.

One of the poems was ‘Sugar Coated Pill’ which went on to be the title of his later collection published in 2007 by Word Power, Edinburgh’s radical book publishers and led Linton Kwesi Johnson to comment: “I have long been a fan of Mahmood’s poetry – since his first book ‘Silence Inside A Gun’s Mouth’. His new collection, ‘Sugar-Coated Pill’, will no doubt consolidate his reputation as a special voice.”

In 1984, he also received Minority Rights Group award for his poetry and critical writings. He got a degree in South Asian Studies (Urdu/History) from the School of Oriental and African Studies (SOAS), University of London.

In 1986, he translated and authored, ‘The Penguin Book of Modern Urdu Poetry’ selecting 20th century poets whose contribution to the development of Urdu poetry was to transform it “from a literature of philosophy and psychology to one that has given voice to the suppressed anger of Urdu-speaking people.”

The artist, Talvin Singh accompanied Jamal on the tabla at his poetry events including 4th Jazz Poetry Festival held at the Rocket, Islington in 1991 where Linton Kwesi Johnson also read.

Jamal considered himself to be a “cultural activist and was involved with black political and cultural activity” and in 1983 together with his brother, filmmaker, Ahmed Jamal and a few other artists set up Retake Film & Video Collective which was the first all-Asian company to be franchised by ACTT (Association of Cinematograph, Television & Allied Technicians Union) and get Workshop Status in 1984 (see note at end on Workshop Status).

Retake produced films and documentaries bringing British Asian stories on screen and nurturing talent. Director Gurinder Chadha made an early documentary with them, and Retake ran training courses on practical filmmaking skills as well as modules on Indian Cinema. In 1988, Retake Film & Video were given the BFI award for Independent Film & Video.

When the Workshop sector began to be disbanded, Mahmood Jamal set up an independent production company, Epic Flow that made programmes for television including, ‘Peacock Screen: The History of Indian Cinema’ collecting now rare interviews of luminaries of Indian cinema.

Jamal was one of the earliest producers of concerts of Pakistani Qawwali artists such as Azia Mian, Abida Parveen and Nusrat Fateh Ali Khan in Watford (1992), where people started dancing in the aisles.

He made many documentaries including a six-part series, ‘Islamic Conversations’ for Channel 4 presented by Ziauddin Sardar, talking to prominent Muslim figures on subjects such as religion, ethics, pluralism and contemporary thought. Other documentaries included topics such as the Bradford Riots and Asians in Football.

It could be said that Jamal was part of a group of Black and Asian independent production companies which David Olusoga identified as a “lost generation” (at his Edinburgh Television Festival 2020 speech) producing Asian and culturally diverse stories for broadcast.

Jamal also wrote for television and co-wrote (along with Barry Simmer) ‘Family Pride’ an Asian soap and a three part drama, ‘Turning World’ (1997), about inmates in a mental asylum which is closing down, for Channel 4, featuring Roshan Seth, Art Malik, Paul Bhattacharjee and Amanda Root among others. He was a member of BAFTA (British Academy of Film & Television Arts) and was passionate about promoting Diversity in the broadcast landscape.

Alongside his TV production career, he continued to perform poetry and also translate Urdu poetry into English – his major work was the Penguin Classics book of ‘Islamic Mystical Poetry: Sufi Verse from the Early Mystics to Rumi’ (2009).

He launched this at the House of Commons with Prince Hassan bin Talal of Jordan as the chief guest (as his father had read at the prince’s wedding ‘nikkah’ when he married Princess Sarvath –al Hassan).

Jamal was passionate about Urdu and Islamic mystical poetry and in an interview with journalist, Pervaiz Alam, explained that “the wealth of the Islamic world is its poetry – there is the Taj Mahal and the Blue Mosque but poets like Jalaluddin Rumi, Hafiz and Sadi have their own place,” and that it was through poetry people discussed philosophy, experienced humanity, mysticism, revolution and alike. (Please see the link below for more on this.)

He wrote and produced the feature film, ‘Rahm’ (released in 2017) and directed by his brother, Ahmed Jamal. The film was a transposition of Shakespeare’s ‘Measure for Measure’ into Urdu and a tussle between a fundamentalist/liberal Islam.

The film received the Best Adapted Screenplay award at the London Asian Film Festival in the year of its release and its lead star, Sanam Saeed received the Best Actress award for her role as ‘Samina’ at Eastern Eye Newspaper’s ACTAS awards in May 2017.

Jamal curated and presented talks and courses on Urdu and Sufi poetry at the Royal Asiatic Society, and was very much a self-motivated and driven individual. He loved to entertain friends and his cooking was legendary.

Prior to his death, he was working on a new film script based on Tariq Ali’s novel with director, David Blair, translating works of Pakistani poet, Allama Muhammad Iqbal and the Persian mystic, Mansour Al-Hallaj and was in the process of consolidating his own work archive and his family’s papers.

He is survived by his siblings, Farida, Abdul Bari, Ahmed Alauddin, Amina, Humaira and Moin Jamal.

Note: ACTT Workshop Status ACTT Workshop Declaration was a model of integrated practice that allowed new groups of people to make films, undertake distribution and training as access to the film and media sector was very closed.

Links
‘Apples and Mangoes’ http://www.bbc.co.uk/asiannetwork/asiannation/story/19577.shtml
Talking to Pervaiz Alam in Urdu 2018 about his film, Rahm and also other subjects
https://www.youtube.com/watch?v=un19IJqmwPw