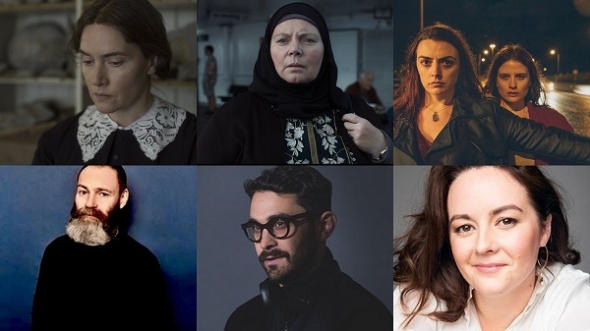 Three British filmmakers are up for what is widely regarded as one of the leading film awards for emerging UK directors, as the curtain comes down on the country’s premier film festival tonight…

IT IS AWARDS night at the London Film Festival this evening (October 18) and you can watch it live!

The British Film Institute (BFI) London Film Festival Audience Awards – to give its official name – will see filmmakers get awards in four categories as voted for by audiences at this year’s festival.

The show will be hosted by film critic Rhianna Dhillon in a virtual ceremony broadcast on Youtube this evening from 7pm, (See link below) and also be available on the BFI’s social media channels.

Among those helping with the presentations are director, Gurinder Chadha; actor Zawe Ashton; and writer and actor, David Walliams and producer Nell Whitley.

All the above films will have been voted for by audiences who had tickets to see the film and or watched it on BFI i-player and this is a special event as a one off for London Film Festival 2020 where viewers have taken the place of the official jury.

Alongside these awards, three filmmakers who will be waiting nervously to hear which one of them is the recipient of The IWC Schaffhausen Filmmaker Bursary Award in association with the BFI.

This bursary which is now in its fifth year, carries a purse of £50,000 and is awarded to an “outstanding first or second time British writer, director, or writer-director” and is considered to be “the most significant of its kind in the UK film industry” and awarded annually.

The aim is to give the filmmaker creative time and space to be able to work on a future project without worrying about financial pressure.

The filmmakers are: Francis Lee whose new film, ‘Ammonite’ tells a fictitious story of 19th century palaeontologist, Mary Anning has just closed the festival; Aleem Khan, with his debut film, ‘After Love’, where ‘Mary’ a recently bereaved widow discovers her husband’s secret and Cathy Brady whose debut film, ‘Wildfire’ is about the relationship between two Irish sisters who share a traumatic secret. All three directors have also written their films.

www.asianculturevulture.com was able to catch all the films at the London Film Festival and it will be no easy task for the judges to select a recipient for the bursary, as they are extremely talented and have a keen vision to tell their own stories.

Lee who grew up on his family farm in Yorkshire, studied acting at Rose Bruford College in Kent and worked as an actor in theatre and television before moving into directing films because he wanted to present his own stories.

He never studied film formally began making short films including, ‘The Farmers Wife’ (2012), ‘Bradford, Halifax, London’ (2013) and ‘The Last Smallholder’ (2014) before making his debut feature, ‘God’s Own Country’ (2017) about young farmer Johnny, who is struggling to make his way in the world and undergoes an emotional journey when a young Romanian migrant worker comes to work on the same farm.

Lee was awarded the World Cinema Directing Award at the Sundance Film Festival, for this film and it was nominated for Outstanding British Film at BAFTA (2018) and won the Manner Jury Award at Berlin Film Festival (2017).

His new feature, ‘Ammonite’ stars Kate Winslet as Mary Anning with Saoirse Ronan as Charlotte Murchison, a young wife of geologist, Roderick Murchison – who recovering from a mysterious illness – has gone to Lyme Regis in Dorset to recuperate.

The women are thrown together and end up falling in love. Although the three main characters are real life figures, the story is fictitious and the film also deals with how Anning was not accorded credit for her scientific work during her lifetime.

Aleem Khan whose debut feature ‘After Love’ was also selected for Cannes Critics’ Week this year, features Joanna Scanlan, as a Muslim convert who is mourning the loss of her husband, ‘Ahmed’ (played by Nasser Memarzia) and then discovers he has a secret family.

This sensitive story – shot in Dover and Calais – is a study in grief and deceit and the director said at a BFI LFF 2020 Industry talk that he had “such a desire to tell the story, and although not autobiographical, it has many autobiographical elements to it”, and through the script development which took six years he was “able to explore things that happened to me, re-examine them by putting them in other people’s lives”.

Khan, who grew up in Kent, studied film direction at the University of Westminster and made his debut short film, ‘Diana’ (2008) about a pre-op Indian transsexual; while his short film, ‘Three Brothers’ (2014) was BAFTA nominated for Best Short film.

Cathy Brady is a Screen Star of Tomorrow (as selected by industry title Screen) in 2013, and also a winner of Irish Film & Television Awards for her short films, ‘Small Change’ (2011) and ‘Morning’ (2013).

She has directed work on television episode six of drama series, ‘Glue’ written by Jack Thorne and all six episodes of ‘Can’t Cope/Won’t Cope’, an Irish comedy series created by Irish actor/writer and columnist, Stefanie Preissner.

One of the cast of this series was actor, Danika (Nika) McGuigan who plays, ‘Kelly’ in Wildfire – one of the two sisters, and the other, ‘Lauren’ is played by Nora-Jane Noone. (Sadly, McGuigan passed away from cancer while the film was in post-production).

‘Wildfire’ is supported by Film4, Screen Ireland and is about the two siblings who are reunited after Kelly – who is considered missing – comes back home.

Set in Northern Ireland, the girls share a secret about their mother who passed away. Although relieved that Kelly is back, she begins to act erratically and while Lauren understands her sibling – the rest of society doesn’t.

The film is a personal, internal study of the trauma and mental health suffered by one family and you wonder if it’s a wider comment on how the conflict in Northern Ireland (The Troubles, 1968-1998) has impacted on the wellbeing of individual families.

This particular award will be presented by Michaela Cole (screenwriter/producer and actor ‘I May Destroy You’); Ben Roberts, chief executive of the BFI and Christoph Grainger-Herr, CEO of the Swiss watch maker IWC Schaffhausen.