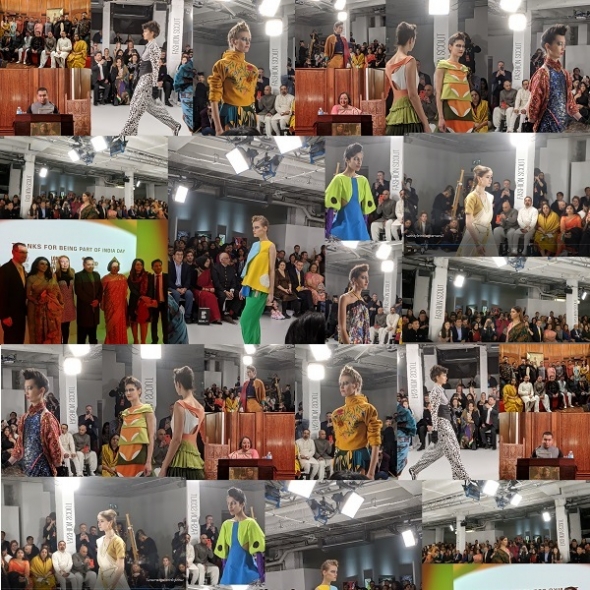 As well as featuring a number of young and upcoming Indian fashion designers, it also had a whole section on sari styles.

In this, the different styles of saris from each state were showcased.

The packed show went down well and was a first for the Indian High Commission which organised the show in partnership with several other organisations and LFW.

Ruchi Ghanashyam, India’s high commissioner to the UK, came up with the idea of showcasing the saris alongside the modern styles devised by the young designers.

She was supported by high commission staff in putting the sari section of the show together at Victoria House in Bloomsbury central London and a familiar venue for LFW ramp events.

Lord Tariq Ahmad, the government minister for the foreign office whose brief includes both the Commonwealth and South Asia was also in attendance with his wife.

Later at India House, in a speech, he joked that his mother from Jodhpur (in India) could have helped with the Rajasthani selections. Lord Ahmad has family connections to both India and Pakistan.

Among the other guests were Israeli ambassador Mark Regev and Lord Jithesh Gadhia.

Guests at India House watched a short awards ceremony for the designers, enjoyed a traditional Indian dance before being treated to a buffet dinner.