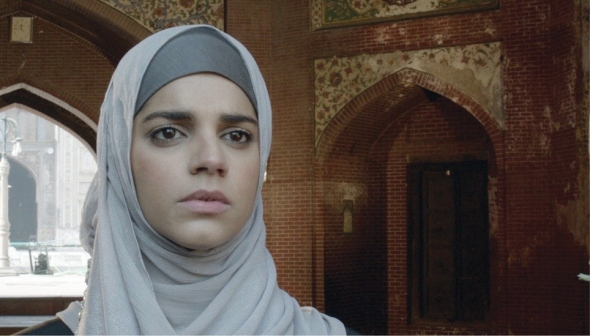 Two different films, one a feature from Pakistan, the other a documentary from India…

IMAGINE ‘Measure for Measure‘ set in Lahore, Pakistan. That is what the movie ‘Rahm‘ (‘Mercy‘) is – Shakespeare’s tragicomedy problem play is a set in the Paris of the East at an imaginary contemporary time.
In writer and producer Mahmood Jamal’s debut feature film, the governor of Lahore is replaced with a hardline deputy who cracks down on what he sees as immoral behaviour – be that dancing girls or extramarital sex, thus mimicking the plot of the 400-year-old play.
It revolves around a man who has got his lover pregnant and is sentenced to death. Interestingly, ‘Rahm‘ is not just about the conflict between Islamist militants and liberal Muslims in contemporary Pakistan, but it is also about the dangers of hardline extreme ideology anywhere in the world where those who don’t comply are punished. Parallels can also made to conflicts between traditonalists and liberals within the British Asian community or to rising populism in the West.
Like the play, the film shows the importance of mercy and being merciful when judging others, as well as letting people live how they want to and the risks of erring when intoxicated by power.
In that way it is a Sufi adaptation. Perhaps Shakespeare himself was a follower of Sufism.
The acting was unconvincing in parts, but more films like this are needed to help revive Lollywood, which struggles to compete with the bigger budget movies of Bollywood. Starring a Pakistani cast, the Urdu movie was shot on less than £500,000 on location in just 30 days.
ACV rating: **½ (out of five)
‘Rahm’ is on release in selected cinemas in the UK now.
For more information, please go to https://www.facebook.com/rahmthemovie/

If you live in or have ever been to Delhi or Mumbai you only need to get a cab back after midnight to see all the bodies lying sleeping on the roads or under bridges. But have you ever bothered to speak to these people or wondered what their lives are really like?
All that and more is explored in the documentary ‘Cities of Sleep‘. Ironically, the director Shaunak Sen was inspired not by that, but by his own insomnia to make his first feature length documentary, which saw its UK premiere at the London Asian Film Festival.
We soon learn that sleep is an economic opportunity for savvy Indians wanting to make a quick buck selling blankets, cot beds, cinema seats and spaces for the homeless to sleep at night – all highly sought after in India’s crowded cities.
In a Skype interview after the screening, Sen says there are 3.4 million homeless in Delhi and just 280 shelters. It is no surprise an informal sleep economy has sprung up in this country of ‘Jugaad’. But what happens when a rough sleeper falls sick or there is a storm? The film captures the squalid, gritty and dangerous conditions many in India’s cities survive in through the eyes of ‘Shakeel’, who has to pretend to be Muslim if he is to sleep outside. The documentary lacks pace and a well-crafted storyline at times, but is a powerful dramatisation of topic that is rarely reported on in India.
ACV rating:*** (out of five)