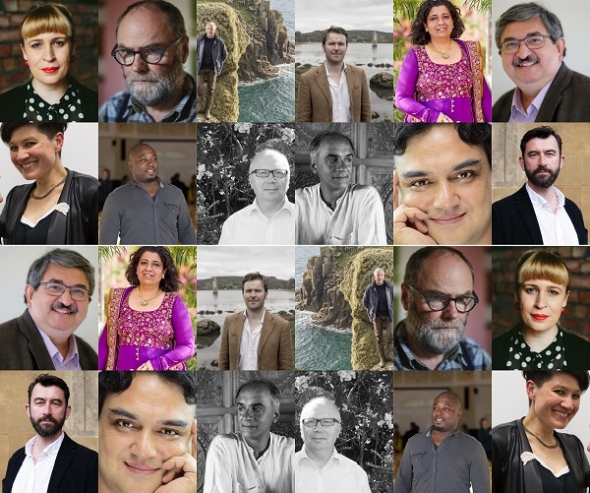 A LITERARY bandwagon like no other is now heading to Belfast in Northern Ireland, having charmed London and pitches up its familiar ‘tents’ from Friday through to Sunday (June 21-23) there.

It’s the first time the Jaipur Literature Festival is going to Northern Ireland.

First organised in Jaipur, is often given the moniker, ‘the greatest literary show on earth’ (originally coined by Tina Brown, former magazine editor), and in a UK context rivals big music events such as Glastonbury.

It opens at Belfast Harbours Commissioners on Friday evening, and heads to The Lyric Theatre on the next day before finishing at Seamus Heaney HomePlace on Sunday.

The festival gets underway with an opening addresses and then begins with the talk, The Last Mughal, where William Dalrymple, co-director of the Jaipur Literature Festival, will debate the splendour and legacy of the Mughal Empire with Vidya Shah, an Indian writer and cultural activist. (Friday, 7pm-8pm, Belfast Harbour Commissioners.)

A number of other distinguished speakers and authors are heading to Belfast.

Among these are Tara Gandhi Bhattacharjee, the granddaughter of Mahatma Gandhi, and the vice-chairperson of the Gandhi Smriti (the museum in New Delhi dedicated to the Mahatma’s teachings) and author of ‘Reflections of an Extraordinary Era’.

She will discuss, Gandhi In Times of Violence, with Navdeep Suri, a distinguished writer himself and currently India’s ambassador to the UAE. (Sunday, 2.15pm-3.15pm Seamus Heaney Homeplace)

William Dalrymple, co-director of ZEEJLF at the British Library – which finished on Sunday (June 16), told delegates: “We wanted to bring Seamus Heaney (the renowned poet from Northern Ireland) to Jaipur and he agreed but he died that year, so now we are going to him.”

Sanjoy Roy told the Irish Times in an article: “The programming reflects the core idea in each of our international festivals: to bring together some vigorous literary dialogue onto one stage.

“The Festival will showcase ideas and voices outside of the ‘Anglo-centric’ cultural expectations and will be a celebration of poetry, music and the written word.”

The festival is being brought to Belfast with Arts Council Northern Ireland, in partnership with the British Council and Teamwork Arts.