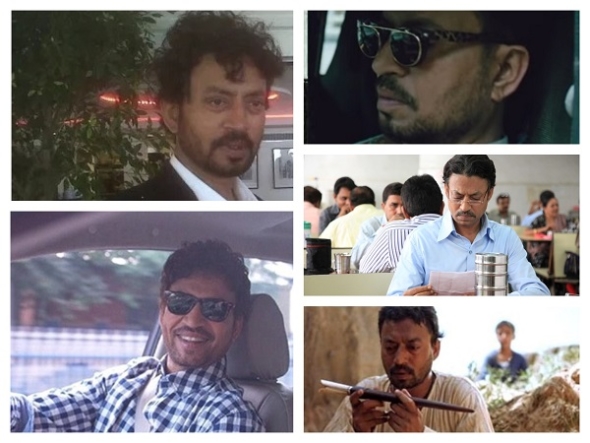 THERE have been a huge range of moving and fulsome tributes towards Indian actor Irrfan Khan, who died in Mumbai earlier today.

The 53-year-old star had one of the most impressive international acting CVs of recent times and was a rare breed of Indian actor who – as director British Danny Boyle said on BBC TV today, “effortlessly” – straddled both Indian and Western cinema.

Boyle cast him in ‘Slumdog Millionaire’ – a huge international success, but probably not one of the more important in understanding Khan’s success an artist and an actor who brought something very vivid and unforgettable to many of the main characters he played.

It was Asif Kapadia’s ‘The Warrior’ (2002) that set him on the path of international stardom. In this sparse but sumptuously shot BAFTA-award winning drama, Khan plays an avenging warrior who says very little but communicates powerfully and memorably through his eyes and fierce expressions.

Earlier today, the BBC and other news broadcasters in the UK featured Khan’s passing in headline bulletins – showing how far his popular reach was.

His last film was ‘Angrezi Medium’, which was released last month and was disrupted by India going into lockdown due to the Coronavirus outbreak.

In this film, a companion piece to the earlier and successful ‘Hindi Medium‘ (2017), Khan stars alongside Kareena Kapoor, one of Bollywood’s most enduring stars and returning to cinema after motherhood.

Khan was well enough to film in London last summer after treatment in in the capital for a rare cancer condition, Neuroendocrine Tumour, which he first revealed publicly in March 2018.

Though he had responded well to treatment, he had more recently joked that an “unintended and unwelcome guest” had prevented him from promoting the film.

We have carried several interviews with him over the years – perhaps the most memorable was the first one he gave to us in Cannes in May 2013 when promoting ‘The Lunchbox’ there with co-star Nimrat Kaur. He was one of www.asianculturevulture.com’s earliest Twitter followers.

The interview was published late in August, just ahead of the release of the film in India and sometime before its UK distribution. It went onto gross $15m (£12m) outside India and remains one of biggest successes of Indian cinema abroad in recent times.

Khan seemed perfectly cast as the curmudgeonly bureaucrat who begins to melt when he unexpectedly receives romantic messages – and from the lovelorn Mumbai housewife that is Kaur – through his Mumbai lunch service.

In that interview, he spoke about wanting to play romantic leads more – and in his BFI talk with director Kapadia that summer as part of the London Indian Film Festival, they discussed ‘Life in a Metro’ (2007) – an unconventional film by Bollywood standards, with several characters and parallel storylines.

Directed by Anurag Basu, the film did satisfactorily at the box office and was an exploration of contemporary love and romance in India. Khan played a character with a good heart and noble intentions – but not by the character’s own admissions, inspiring, or comparable in any sense to a traditional Indian romantic hero.

Khan told us he always looked for something in the script with which to connect emotionally – in both ‘Piku’ and ‘Karwaan’, he played unconventional men, who had a sense of unusual charm, intelligence and a welter of unorthodox experience.

Whenever we talked to him – it was the artist, who had those very qualities that shone through…

Knowing a little of his personal backstory from the BFI talk with Kapadia, he had fallen into Indian TV acting and had become increasingly disillusioned with its style and methods, despite having invested in productions he was appearing in.

He had made it into the National Drama School from Jaipur and his family were not artistic or well-connected.

Khan had appeared at the Jaipur Literature Festival in 2014 and had talked about literature and poetry – much of the session was in Hindi/Urdu, but it was clear that in his home city there was much affection and pride in his achievements.

When Kapadia cast him in ‘The Warrior’ it was a release – finally he felt he could express himself and display his very considerable talent as an actor of vast gifts.

He was hugely impressive in ‘Talvar’ (‘Guilty’), which came to the London Film Festival in 2015; Meghna Gulzar’s fast-paced investigative drama based around the real events surrounding a dentist couple and their 14-year-old daughter being murdered at home and in her own bed, proved to be a hit at home and abroad. Khan played a jaded cop who quickly and mercilessly picked holes in the initial investigation.

Among the many tributes, which include Amitabh Bachchan, and many well-known directors and other stars, is Vishwal Bhardwaj’s. The music-composer turned director cast Khan in ‘Maqbool’ (2003) in one of the director’s trilogy of Indian films inspired by Shakespeare – which also include the epic and controversial ‘Haider’ (centred around Kashmir of the 1990s). Many say it was his role in ‘Maqbool’ that brought him to the attention of mainstream Bollywood.

Bhardwaj announced he was devastated by the loss. He told the Indian media: “It feels as if I am torn in two parts. A part of me had died with him.”

Another director who had a huge influence on Khan’s career was Mira Nair.

She cast him in the lead role in ‘The Namesake’ in 2006 (and adapted from the Jhumpa Lahiri novel of the same title). She also gave the actor his very first break in her ‘Salaam Bombay’ (1988).

There is no one quite like him – he leaves a very rich tapestry of work which will continue to win plaudits and admirers across the world.