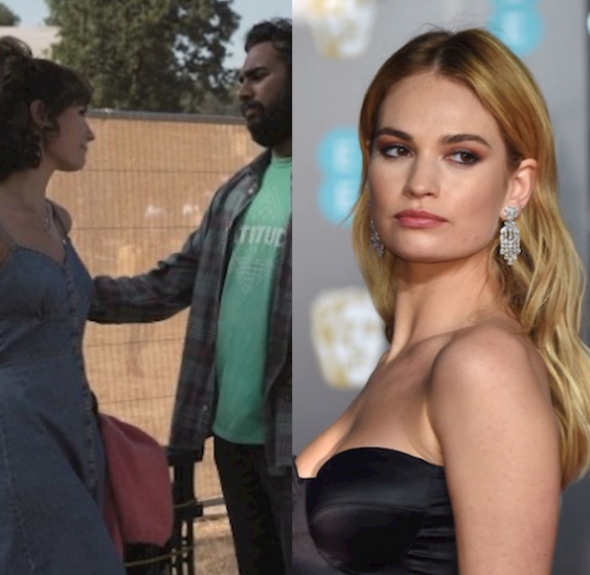 LILY JAMES who starred alongside Himesh Patel in the Danny Boyle summer relese, ‘Yesterday’ will be in Macao today (December 8) as part of a BAFTA masterclass.

Tune in from around 10am (UK time/5pm Macao) on Twitter to see her here.

Elsewhere, we will be looking to post our interviews with Fyzal Boulifa, the British director behind the film, ‘Lynn + Lucy’ which screened here in the international competition section and is vying for the $60,000 top prize; director Johnny Ma, the man behind, ‘To Live to Sing’ also spoke to us – his film has its festival screening later this evening and competes in the New Chinese Cinema strand.

On the sidelines, we are also set to talk to London-based Richie Mehta, who is on the shorts jury here. Indo-Canadian Mehta is the showrunner behind the hugely successful Netflix series, ‘Delhi Crime’.

We saw two episodes of the drama based around the investigation into the infamous Delhi rape case of 2012 at its world premiere at the Sundance Film Festival earlier this year and he spoke to us about its making. Its tie-up with Netflix came just hours before its unveiling in Park City, Utah. It is now in series two and we hope to be catching up Mehta.

Also to come are reviews… ‘One/Two’, ‘Homecoming’, ‘Give Me Liberty’, ‘Family Member’ and ‘Better Days‘.

And if you’re interested in our coverage of the International Film Festival of India (IFFI 50) from November 20-28, do tune in/subscribe later to see our wrap video discussing the Golden Jubilee edition of India’s biggest film festival. www.asianculturevulture.com founder and editor, Sailesh Ram and videographer Natalie Barrass discuss the good, the bizarre, comical and not so high points of a festival marking a very special year – its 50th edition.