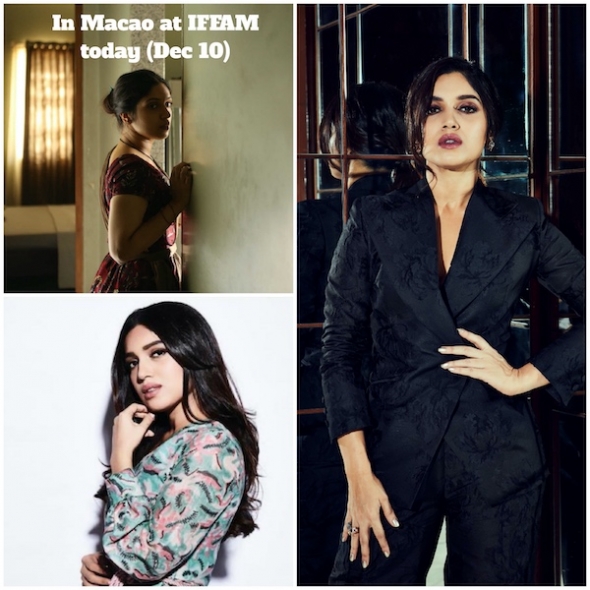 ONE OF BOLLYWOOD’S sensational breakthrough actors – Bhumi Pednekar – comes to the International Film Festival and Awards Macao (IFFAm) today as a Variety Asian Stars, Up Next initiative in association with the fest itself.

The actor – who really broke through in a role with Bollywood megastar Akshay Kumar in ‘Toilet: Ek Prem Katha’ (2017) and spoke to us about it in London when the stars did publicity for the film ahead of India – has been selected as Variety – one of Hollywood’s best-known trade titles – group of young actors shaping the entertainment industry in Asia.

Pednekar’s appearance in Netflix’s ‘Lust Stories’ has added to her considerable lustre – showing she can do offbeat and more risky titles as well as mainstream Bollywood films.

Last year, Zaira Wasim who starred alongside Priyanka Chopra in ‘The Sky is Pink’ was among the US title’s Asian Stars: Up Next. She spoke to acv about working with Chopra and another Bollywood icon, Aamir Khan. She has since announced her ‘retirement’ from making films, believing them to be incompatible with her faith.

Join us on social media for coverage of Variety’s Asian Stars: Up Next today from Macao.

Privacy & Cookies: This site uses cookies. By continuing to use this website, you agree to their use.
To find out more, including how to control cookies, see here: Cookie Policy
← ‘The Good Karma Hospital’ – back tonight promising an explosion (not literally, we think…) Preview
Director Bong Joon Ho at the BFI Southbank: ‘How I lied to Harvey Weinstein’, working methods and advice to aspiring directors… →