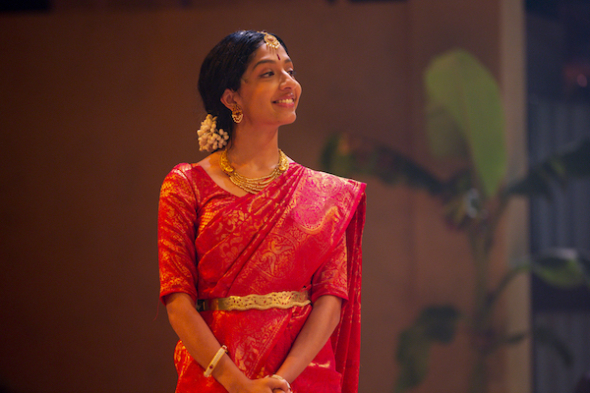 Regarded as one of the shows to see in Edinburgh this year, this is storytelling at its most powerful across cultures and countries and the winner of 14 major Australian theatre awards…

IT WOWED Australia and now it is set to do the same here.

The stage play, ‘Counting and Cracking’, an epic drama that tells the history of one family and two countries – Australia and Sri Lanka, gets its international premiere at the Edinburgh International Festival from today (August 8). It will later transfer to Birmingham Rep. (See listings below).

Buoyed by the reaction and excitement it generated in his native Australia in 2019 when it premiered, writer Shakthi Shakthidharan believes his drama is a story for everyone – not just for those with who have roots in Sri Lanka or are Australian.

With a prominent Australian theatre production company, Belvoir, backing it and a well-known and much respected theatre director Eamon Flack taking the helm, and a mainstream platforming in every aspect of its delivery, it won many Australian national awards and has become an irrefutably Australian story and one with a universality that is undeniable.

Shakthidharan told www.asianculturevulture.com: “It is an epic mosaic built out of the stuff of real life.

“This is a show we all gather for to be part of this family’s story and journey with them.

“It is an event and it’s not like a normal night in the theatre, it is an extraordinary journey into this family’s epic struggle to reunite and it has two big love stories in it.”

It has a cast of 19 performers, spanning six different countries and there are three languages in the play which starts in 2004 with a mother and her adult son and goes back to 1956.

A community theatre maker by background, Shakhthidharan was prompted into thinking about his own family’s history in his late 20s, partly prompted by an uncle handing him a shoebox filled with letters written by his late great-grandfather, who started out as a farmer and ended up as a government minister, and the only Tamil politician in a cabinet made up of Sinhala leaders in the period after Sri Lankan Indepdendence.

His great-grandfather’s own journey and his own family’s own evolution and migration, encapsulated what had happened to many.

Shakhthidharan said the politics of division spurred by the need to garner votes to win elections played its part in increasing suspicion of one section of the population against the other and led to the tumult that lasted more than 20 years and started in 1983.

“It’s a cautionary tale for the rest of the world, it became politically expedient to use the politics of division to win elections and it started with people who didn’t really believe in it and were just doing that because they saw it as a route to power,” he explained.

For many years, two communities, Sinhala and Tamil had lived side by side, building the nation of Sri Lanka together but then it started to all apart and some of the country’s current crisis remains rooted in the old politics.

‘Counting and Cracking’ shows how the fissures first opened up.

“My great grandfather was a political realist by the time civil war started and his views had shifted.

“His later letters were all about the Tamil population needing to protect themselves at all costs and not rely on the government for their own protection.”

The shift in political attitudes between the two communities was profound.

Added to all this was what was going on in Australia as he grew up – he was six years old when he left Sri Lanka and another story was emerging as different communities found refuge in another island nation.

“It’s an interwoven country mixed with races and cultures.

“It is one of the most awarded theatre shows in Australian history and it had never had a show with this kind of migrant story before.”

Since it premiered at Sydney and Adelaide Festivals and had mainstreaming backing and support in every aspect from casting, marketing (in three languages) and other activities involved in bringing a work to the stage, it appealed to everyone and was not a work that simply played out to ethnic audiences.

“What it came to represent was like a radical act of belonging.

“It wasn’t like telling a migrant story on a satellite TV station or a fringe venue – though there is nothing wrong with that, this was a story being told alongside whatever was being described as Australian – and this was an Australian story with 19 actors of colour on stage.”

And Shakthidharan makes the powerful point that if we can all identify with Hollywood and the like, why can’t people not of colour appreciate stories from people often dismissed, or dubbed, as ‘migrant’ simply to justify them being marginalised and excluded and therefore considered not important or relevant to a wider community.

‘What I love about ‘Counting and Cracking’ and its breakthrough is that this is a story about a community warts and all – we are not presenting ourselves as a model migrant community or according to what ‘the mainstream’ would like to see, instead we are just talking about about who we are in all our complexity and to do that as a migrant community and for it to be accepted as a major art work.”

The first part is very much a love story as Shakthidharan charts how the mother in the play, Radha, falls in love in Sri Lanka and how she comes to be separated from the love of her life, flees to Australia and later finds her son in love with an Aboriginal woman in Australia, and a phone call from the husband/father who they both had assumed after 21 years, had been killed in the civil war.

“It’s a fun night in the theatre and just a great story,” Shakthidhararan summarised.

And what about that title?

“My great grandfather had this phrase, ‘Democracy is the counting of heads within certain limits and the cracking of heads beyond those limits.

“The opening lines of the show are in Tamil and then they are translated by other actors into English.”

The show is in three languages – English, Tamil and Sinhala and has live translation. This is a co-production of Belvoir and Co-Curious, Shakthidharan’s own theatre outfit.