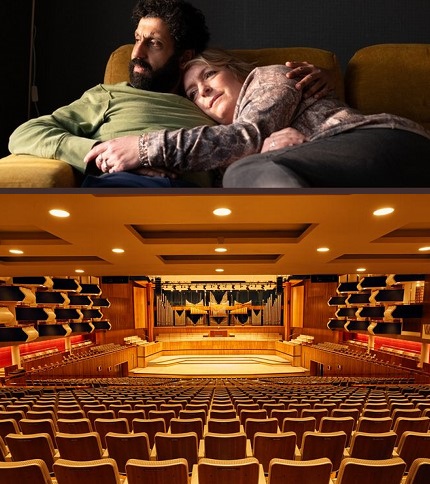 We’ve highlighted some films which we think will pique your interest, asianculturevultures from this year’s offering at the 65th British Film Institute’s (BFI) London Film Festival…

There are also two intriguing narrative features from India – ‘Two friends’ by Prasun Chatterjee, about the two children who are witness to the destruction of Babri Mosque (1992) and ‘Pedro’ by Natesh Hegde in which an outcast and drunk from a South Indian village accidentally kills a cow and sets off a chain events that pits a whole community against him. The full selection was revealed on Tuesday (September 7) by Ben Roberts, CEO of the British Film Institute (BFI) and Tricia Tuttle, London Film Festival director in a broadcast to the media.

Ahmed heads the cast of ‘Encounter’ a sci-fi thriller by British writer-director Michael Pearce who first declared himself with ‘Beast’ (2017).

Set in the US, Ahmed plays a decorated Marine who is determined to save his two sons from the impending peril of a bug.

Ahmed also helped to executively produce ‘Flee’ which is also screening at the festival.

It wowed Sundance early this year winning a top award and has even more topical resonance now, as it is about an Afghan refugee who has to remake his whole life in Europe after fleeing from Afghanistan during the four-year long bloody civil war that enveloped the South Asian nation in 1992 – and ended up bringing the Taliban to power for the first time.

It is actually a documentary and narrated by the character whose story its chronicles and uses archive footage and animation to tell its incredible story – the main character is gay and a successful academic and his family supported him throughout – during repeated upheavals in his early life.

Akhtar, who was the first Asian actor to win a Bafta Best Actor for the BBC drama, ‘Murdered by my father’, appears in ‘Ali & Ava’ which is set in Bradford and tells a love story which deals with issues of neurodiversity, race and class dynamics and mental health. It is written and directed by Clio Barnard and is the Mayor of London Sadiq Khan’s Special Presentation this year.

Kapadia’s ‘Laika’ will enjoy its world premiere at the festival and is developed in partnership with the festival and the National Theatre, along with several others, and will feature in the LFF Expanded strand.

It tells the story of a space dog called Laika and is adapted from Nick Abadzis’ 2007 graphic novel of the same title. The story for the screen is co-written by Kapadia and Abadzis. The project was announced at last year’s festival.

Also featuring in this year’s Laugh section is ‘7 Days’. What begins as a date between two Indian Americans looking for the one turns into a week-long covid lockdown with Geraldine Viswanathan and Karan Soni battling their own characters’ demons, as well as each other in a delicious send up of lovelorn South Asians meeting through family connections.

The festival will also showcase and premiere episodic television (or principle streamers) – with much of the heat for this section generated by ‘Succession’ and its new third series. The saga about a media family dynasty controlled by character Logan Roy (Brian Cox) is created by British writer Jesse Armstrong (of ‘Peep Show’).

Among the other eagerly-anticipated films are the opening – which is a world premiere for Londoner Jeymes Samuel’s take on black cowboys, and is packed with black talent, comprising Idris Elba, Regina King (‘If Beale Street Could Talk’) and Lakeith Stanfield (‘Judas and the Black Messiah’); Joel Coen’s diverse and original take on Shakespeare in ‘The Tragedy of Macbeth’ closing the festival; ‘Spencer’ – with Kristen Stewart playing Lady Diana over a pivotal weekend; ‘King Richard’ with Will Smith giving full reign to the man who turned his two daughters – Venus and Serena Williams into tennis prodigies; Oscar winner Olivia Colman in actor-turned-director Maggie Gyllenhaal’s first feature, ‘The Lost Daughter’; Kenneth Branagh’s ode to his youth and his home city in ‘Belfast’; Apichatpong Weerasethakul’s ‘Memoria’; while the much-admired Paolo Sorrentino comes fresh from Venice with his very personal, ‘The Hand of God’.

Some screenings, Q&As, shorts and other offerings will be free and the film festival will also hit theatres outside the capital.

The festival’s principle Red Carpet venue will be the Royal Festival Hall on London’s Southbank (pictured above) Here there will be an 18-metre screen with full high spec 7.1 channel surround sound and a capacity of 2000. The need for social distancing seating is likely to end next month but LFF venues may insist cinemagoers continue to wear face masks inside.

• Follow us on your favoured social media to keep up to date with coverage of LFF on – Twitter, Instagram and Facebook.
• Toronto International Film Festival opens later today (September 9-18) we will be covering, so look out for stories and reviews from TIFF.
• We will be publishing our Venice Film Festival (September 1-11) coverage shortly… (stay tuned!)

If you want to know more about some of these films and our coverage from other festivals, please put the name of the film in the 🔎 bar and our previous stories should appear…

Privacy & Cookies: This site uses cookies. By continuing to use this website, you agree to their use.
To find out more, including how to control cookies, see here: Cookie Policy
← Cannes Film Festival 2018: Deepika Padukone, Bollywood star talks about her return to the Riviera, global stardom and the troubled ‘Padmaavat’
Cannes Film Festival 2018 reviews: ‘BlacKkKlansman’, ‘Rafiki’, ‘The Image Book’, and ‘3 faces’ →