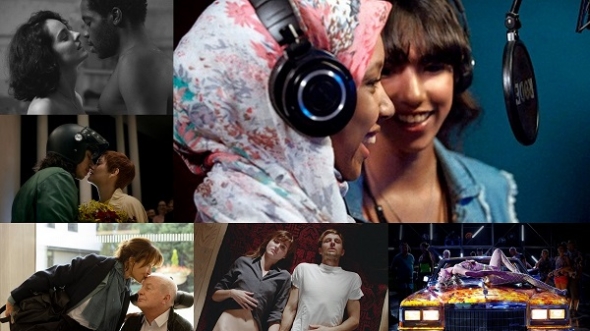 It is the last full day of films screening at the Cannes Film Festival and we look at the features you could be hearing about at tomorrow’s Awards ceremony when the top prize, the Palme d’Or will be announced… (mild spoiler alert)

ALMOST nothing has changed – despite the fact that 74th Cannes Film Festival has been a year and half in the making and mask-wearing inside theatres is mandatory.

It’s a picture of the old days – queues in front of the cinemas, crowds around the Palais and a variety of events.

What has not changed most of all is the same question people keep asking each other, “Which film did you like the most?”

One should differentiate between one’s own favorites and those that have a chance to win the Palme. These are not one and the same thing.

Personal choices could be just be well-made films with classical storytelling, actors known for their skills, a strong narrative, good cinematography, editing and production design.

One of these is Cannes favourite – Jacques Audiard. He won previously with Sri Lankan refugee drama, ‘Dheepan’ in 2015. Best known perhaps for ‘A Prophet’ (2009) which made a star of Tahir Rahim, one of this year’s jury members, he arrived on the Croisette with ‘Paris. 13th District’ or ‘Les Olympiades’ to give its French title.

It may not have the grand drama you might expect of Audiard as a director but the characterisation and acute social observation is commendable.

This film is based on a collection of graphic short stories from New Yorker cartoonist Adrian Tomine.

It follows four young adults – friends and sometimes lovers – and explores contemporary relationships and looks at their new concepts around sexuality, fidelity and gender.

The film made in a nostalgic black-and-white with expressively choreographed scenes – and taking into account personal preferences – has a good chance of winning a prize in Cannes.

This could easily have degenerated into a rather predictable tale of decline and our subject opting to be put out of his misery by asking for help to die.

Yet Ozon approaches the memories of the daughter of a man who no longer wants to live, with compelling vibrancy.

Sophie Marceau succeeds in the female lead, perhaps the most mature achievement of her career.

The complexity of the conflicts should make her role as heavy as lead: despite a traumatic childhood, she first opposes the father’s wish to die, only to then want to fulfil it, out of love.

But how should she behave when he seems to be enjoying his life again, despite his declared intentions?

It is a small film that barely reaches for Palme D’Or, but splendidly fulfils everything it sets out to do.

Joachim Trier’s Danish competition entry ‘The Worst Person in the World’ comes maybe close to the conventions of streaming television – the twelve chapters in which the tragic story of self-discovery of a woman in her twenties is followed, looks like the editing of a Netflix series in two hours – it was indeed an unusual Cannes experience.

If one has to look at films preferred by the jury (see below for the list of members), then the real eye-catcher was Leos Carax, the contentious maverick of French auteur films.

With his musical ‘Annette’ (for the video review link see below), he brought Cannes programme director Thierry Frémaux what is probably the most coveted rarity in the business of film festivals – the perfect opening film and great cinema.

Every moment was suggestive of the legacy of old Hollywood and luxurious screen magic – but at the same time, it was also wary of big budget American sugariness.

It’s an unequal love story about a comedian (Adam Driver) who is celebrated for his sarcasm and an ethereal-angelic chanteuse (Marion Cotillard).

Told with original songs by US-British glam rock veteran duo Sparks, the drama only gets going after the heroine’s tragic death.

The couple’s baby turns out to be a miracle progency, in whom not only is there the mother’s singing talent, but also her restless spirit of revenge.

Represented by hand puppets and marionettes, this figure is ideal for Carax’s seductive and prickly anti-naturalism.

But how can Spike Lee, as chairman of the Competition Jury, which has a female majority for the first time, solve a particular Cannes conundrum: the long overdue Palme for a woman director.

It would be great to know what he thinks about Julia Ducournau’s body horror shocker ‘Titane’, which polarised the audience on Tuesday night (July 13).

Ducournau made her debut in Cannes in 2016 with the cannibalistic ‘Grave’, but this is a completely different beast – composed of a lot of metal and engine oil.

The French model Agathe Rousselle delivers an amazing performance as a young woman who has had a titanium plate implanted in her skull by her father (actor and director Bertrand Bonello) after a serious car accident.

This doesn’t detract from her love of cars: she dances naked on the hoods of cars and has sex inside them. She also kills anyone who gets too close to her.

On her escape, she takes on the identity of a boy who disappeared ten years earlier, whose father (Vincent Lindon in his prime), a firefighter, nurtures his tortured masculinity with hormone injections and rescue missions.

He approaches her with a mixture of fatherly love and raw vulnerability. “I don’t care who you are,” he says, when he begins to suspect that she isn’t what she claims to be.

Japanese film director Ryusuke Hamaguchi became an unexpected favorite of the festival – his ‘Drive my Car’, he claims, is a ‘screen version’ of the novel of the same name by Haruki Murakami, who is a global best-selling literary writer.

The story is, essentially, about a theatrical actor who loves his not so faithful and deceased wife.

We see him being driven by a silent and lively female driver, he recalls his wife’s love affairs and their life together.

There is nothing left of the nostalgic romance and reverie of Murakami’s book in the film.

The story of the wife has been moved to the introduction and takes only the first twenty minutes.

After this, a mysterious female driver from Hokkaido suddenly opens her mouth and begins talking about how she worked for a recycling company and how her stripper mother taught her to drive.

It’s a little bit of a hotch-potch thereafter and if you were not aware that money for the production came from different Asian countries, you would be clueless as to why the actors speak in different languages.

It’s hard to make sense of what is in front of you on the screen – it might be advisable to let your imagination wonder – in Cannes, there are worse things… you have been warned…

And just before we say we say au revoir, it is worth saying something about the films that have strong black characters, and stories featuring ethnic minority and marginalised communities and how a film such as ‘Lingui’ (‘The Sacred Bonds’) by Mahamet Saleh-Haroun and about an unplanned teenage pregnancy in Chad, and ‘Haut Et Fort’ (‘Casablanca Beats’) by Nabil Ayouch, might play on the Jury in the wake of Black Lives Matter.

*We will carry a piece about the awards on Monday (July 19) and will also be reviewing Asghar Farhadi’s ‘A Hero’ on ACV Youtube – do not miss!

Late: The Jury of the Un Certain Regard section have just announced the prizes to this section…

The Bangladeshi film, ‘Rehana Maryam Noor’ opened this section on Wednesday, July 7 – See our story on that http://asianculturevulture.com/portfolios/cannes-2021-rehana-maryam-noor-film-about-woman-medical-professor-in-bangladesh-packs-a-punch-video-review/

Pictures Courtesy of Festival De Cannes and where indicated

Privacy & Cookies: This site uses cookies. By continuing to use this website, you agree to their use.
To find out more, including how to control cookies, see here: Cookie Policy
← ‘The Funeral Director’ (review) – on the edge and the boundaries of faith, culture and sexuality
‘Layla and Majnun’ – Grand and iconic ‘dance opera’ production of Asia’s ‘Romeo and Juliet’ premieres in the UK… →