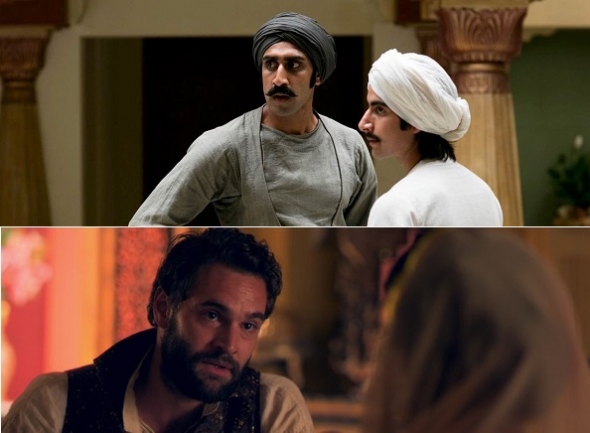 THINGS seem a little calmer in the Beecham household after John’s revelation of his past.

But it doesn’t last long when John (Tom Bateman) discovers Chanchal (Shriya Pilgaonkar) is pregnant, causing a scuffle between the two brothers as John lectures Daniel (Leo Suter) on his irresponsible nature after breaking Chanchal’s heart.

And it looks like love is on Chandrika’s (Pallavi Sharda) mind as she tells John she wants to be his wife. While this might be love – it was tradition for men to marry their sister-in-law if their wife passed away. But it looks like Chandrika does have feelings for her sister’s husband…

John doesn’t have much time to think about this, as he’s quickly arrested by General Castillon’s men and accused of stealing the Agra Diamond, which was secretly given to him by Prince Akbar (Rudraksh Singh) in the last episode.

Thrown into jail thanks to Samuel’s (Marc Warren) collusion with General Castillon, Daniel’s suspicion about Samuel increases and it’s up to him to save his brother.

Meanwhile, a besotted Baadal (Viviek Kalra) takes Chanchal to his home after she starts suffering from severe pregnancy pains – where he tells her he wants to be her husband rather than just a friend. Unfortunately, Chanchal doesn’t reciprocate much…poor Baadal!

After leaving for another job, Miss Osbourne (Dakota Blue Richards) returns after hearing of John’s arrest and yet again, big-mouth Violet (Bessie Carter) reveals her new relationship with Samuel, who will be returning to London soon.

Miss Osbourne and Daniel team up to uncover a mountain of Samuel’s debts along with notes on John’s past. And it doesn’t long for John to start questioning who’s betrayed him while in jail…

Privacy & Cookies: This site uses cookies. By continuing to use this website, you agree to their use.
To find out more, including how to control cookies, see here: Cookie Policy
← Javaad Alipoor – award-winning playwright credited with bringing younger and more diverse audiences and technology into theatre, talks politics, elites, young people…
ACV Bird Eye Review Show (Episode 4 video) – Watch our Nat dissect the month’s biggest releases and what’s happening on the scene (hilarious love in the time of corona)… →