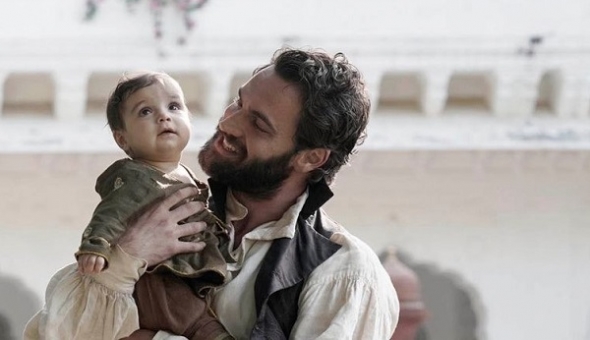 While the first two episodes of ITV’s ‘Beecham House’ left us with many unanswered questions, it’s safe to say that the next two episodes treated audiences to many tantalising revelations…

THIS revolved around John Beecham’s (Tom Bateman) desperate mission to find the perfect gift for the Emperor’s wife in order to secure his future in India.
However, as most predicted, Beecham’s ‘friend’ Samuel Parker (Marc Warren) betrayed him by conspiring with General Castillon (Gregory Fitoussi) to ensure the gift disappears – even going so far as to murder Beecham’s most trusted servant Gopal, which may have been a little extreme!
Things were also heating up in the Beecham household as Daniel Beecham (Leo Suter) didn’t waste any time and finally had his way with Chanchal (Shriya Pilgaonkar). But does he really care for Chanchal or is she about to have her heart broken?

Meanwhile, Beecham’s mother’s (Lesley Nichol) opium addiction finds her turning to friend – and now local drug dealer – Violet (Bessie Carter) to get more supplies from the market – only to be attacked for her troubles. However, while she hoped this gets her into John’s good books, her hopes were soon dashed when she saw Chandrika (Pallavi Sharda) sneaking into John’s room one night.
But the true highlight of the episode was the not-so-innocent Miss Osbourne (Dakota Blue Richards) who saved the day by using General Castillon’s affection for her as a way of discovering where the gift was hidden.
We loved to see a more gutsy side to her and thanks to her scheming ways, the gift was found, the Empress was happy and John could remain in India – the things we do for love!

DESPITE all the action from the third episode, the biggest mystery was still unresolved – who was John’s son’s mother and how did Chandrika fit into it?
Finally, all was revealed in this episode as John explained to his mother, Violet, Miss Osbourne and Daniel about his heart breaking past after big-mouth Violet couldn’t help telling Miss Osbourne about John and Chandrika’s secret late-night rendezvous.
We see a softer side to John as he explained his marriage to Augustya’s (his son) mother – a princess whose life he saved, along with her sister (Chandrika) and father, a Maharajah.
However, after giving birth to their son, the King anticipated many attacks from his brother against his grandson and future heir and John, his wife, son and Chandrika fled the palace.

Unfortunately, they couldn’t flee far enough and his wife was tragically killed while John decided to announce Augustya had also been killed in order to ward off other bounty hunters after the baby.
Others also clashed in the house as Daniel confronted his mother on her opium addiction while nursemaid Maya (Trupti Khamkar) warned Chanchal off Daniel.
However, Chanchal ignored her disapproval and as expected, Daniel announced he’s returning to the East India Company – leaving Chanchal devastated.
Another plotline to watch is between Prince Akbar (Rudraksh Singh) and John as he’s asked to sell a royal diamond by the prince in disguise. While reluctant to go behind the Emperor’s back, John naively confided in Samuel on what to do – we expect he’s going to regret that soon enough!