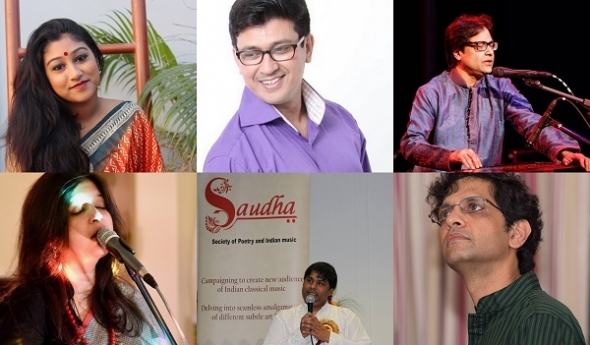 BEAUTY and truth lie at the heart of many artistic endeavours and Saudha, Society of Poetry and Indian music, say it’s no coincidence they like to host concerts at Romantic Poet Keats’ house.

Tomorrow (September 8) as part of opening the Bangla Music festival, they host a concert at the house, before it moves to East London and ends on November 30.

As well having a celebrated musician from India over, Saudha will for the first time feature Bengali – Pala Gaan – a form of folk ballad that combines music and theatre and the festival will also go outside London (to Leeds) for the first time.

Ahmed Kaysher, director and co-founder of Saudha told www.asianculturevulture.com the connections between Keats’ oeuvre – romantic poetry in the 19th century – is very close to Indian artistic practice, especially so in music.

Kaysher explained: “Bengali, and Indian music is extremely romantic and quite identical with Keats’ notion of truth and beauty.

“We always plan something unique in Keats House to explore Keats from all different angles through the inner meaning through Indian and particularly, Bengali music.”

They first hosted a concert at Keats House three years ago and it proved a huge success.

“We have presented the romantic compositions of Rabindranath Tagore (the great Indian polymath who wrote poetry, stories, music and painted) there and they are so aesthetically so close to the verses of Keats that we have found a new way to interpret Bengali compositions; and they really compliment each other.”

Those who have been before will recognise not only the poetry and art of Keats, Tagore and Bengali music but the range of European musicians and others who will also contribute to the festival. Among these are Emmanulla Reiter, George Sleigholme and Alice Barron.

Biplab Bhattacharaya, a tabla player rising in distinction among the latest crop of musicians, flies over from India.

Saudha, while having a Bengali tilt, has always strived hard to introduce new audiences to Indian music and different forms of poetry – about half of its audiences are non-Bengali, reported Kaysher.

Among the musical mainstays who are part of Saudha and return annually are the well-established Chandra Chakraborty and Chiranjib Chakraborty and other artists at the festival include, Dr Imtiaz Ahmed, Gouri Chowdhury. Ashim Dutta, Sanjoy Dey, Sumana Basu, Sahana Bajpaie, Rishi Banerjee, Amith Dey and Shemonty Monjari.

“Through the festival we aim to make Bengali music a mainstream form in Europe,” stated Kaysher.

The festival heads to a concert in Westminster on October 12 and will take its message to MPs and other parliamentarians.