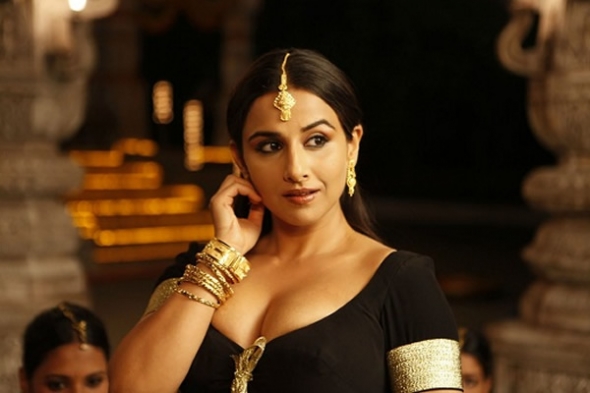 VIDYA BALAN has had an incredible career and her elevation to serve on the jury at Cannes represents huge international recognition for her work.

Equally, Indian director Anurag Kashyap, looks set to enjoy more international exposure as two of his films feature in the official section at Cannes this year, following on from his success last year.

Balan, the star of The Dirty Picture, is widely regarded as one of the leading Indian actors of her generation, and won her first Best Actress national award in 2012 for the role of Silk Smitha in a role that many leading ladies simply would not touch.

Balan said she was excited about being chosen to serve on the jury.

“What makes me happy is to get that opportunity to watch films from all over the world and to be able to interact with various [members of the] jury.”

Balan also makes a cameo in Bombay Talkies, which will also enjoy a gala screening at the festival and brings together four leading Indian directors with very differing styles to celebrate the emotion of Indian cinema and its hundredth anniversary. The directors are Anurag Kashyap, Dibankar Banerjee, Zoya Akhtar and Karan Johar.

Kashyap’s Ugly also gets a screening at the prestigious directors’ fortnight section. This builds on his 2012 release, The Gangs of Wasseypur, which also featured during the director’s fortnight last year and won wide acclaim from foreign critics, many seeing serious Indian film work for the first time.

Kashyap, very much an ambassador for a new style of Indian filmmaking said on twitter: Bombay Talkies’ gala screening at Cannes…yay!” He later added: “It feels great to have two of my films this year at Cannes’, as both are quality films.”

He also praised Kumar for getting Monsoon Shootout into Cannes.

Kumar has made the film with international backing getting funding assistance from UK-based producer Trevor Ingman and UK director Asif Kapadia.

Kumar said the film is neither “arthouse” nor “masala” but the best of both worlds.