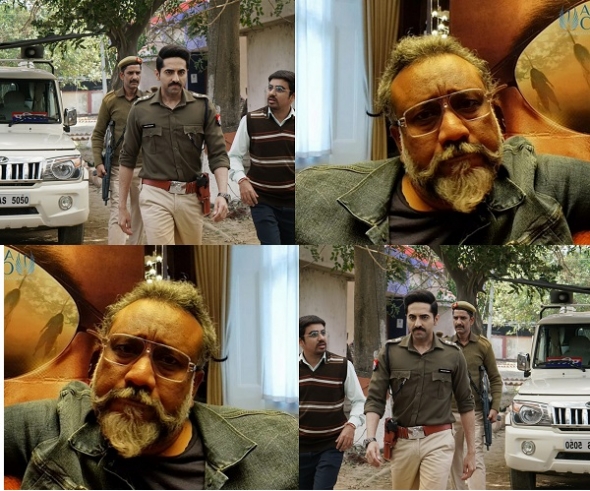 DIRECTOR Anubhav Sinha is in a good place – literally and metaphorically.

His film, ‘Article 15’ opens the 10th edition of the London Indian Film Festival (LIFF) tonight (June 20) at the Picturehouse Central in Piccadilly, London. It is a world premiere for a film that has been generating considerable heat in India itself – and being here perhaps gets him out of that intense spotlight.

Debunking a commonly held view about his film, Sinha is keen to stress that ‘Article 15’ is not based on one specific incident – the Badaun (UP state) gang rape case in which two village girls were found hanging from a tree in May 2014 – but a series of incidents.

‘Article 15’ refers to the Indian law which forbids discrimination on the basis of religion, caste or gender.

Talking in London yesterday (June 19) to www.asianculturevulture.com, Sinha said: “Contrary to the general perception – and the press chose to write it as if it was an official announcement (that the film was based on the Badaun case) – and then some chose to get offended…It is all based on nothing. I never said it is based on anything.”

Perhaps predictably some have got upset – the subject of caste discrimination and violence against lower castes, especially Dalits, is a sensitive subject for some people. Some politically active groups in India will jump on a film for their own cause and agenda.

But as a filmmaker that isn’t something you should worry about, said Sinha.

“I am just making a film as honestly as possible – there is no way you can anticipate the reaction. You just can’t prepare for it. I didn’t care about that (how people react).

“I just went ahead and said what I have to say. I don’t have any offensive intentions – watch the film and at the end of the day, they would see the truth – the entire reaction is based on hearsay (as those criticising have not seen it).”

He told acv there were a series of incidents across UP which led him to the subject of caste discrimination.

It is through Ayan (Ayushmann Khurrana) that the story of ‘Article 15’ unspools – those who have seen it say Khurrana gives a potentially award-winning turn in the role.

Sinha, who co-wrote the script, believes the rising star has given it his very best.

“I just thought of the character of a cop who has a very bookish understanding of the society and through him we learn what it is.

“I never had him in mind, it was after me telling him the story – he said, ‘you can’t make it without me’.”

“It’s so evident in his performance – he could not have made this without that level of conviction.”

Sadly, Khurrana has filming commitments and cannot make the LIFF premiere this evening.

In some senses, Sinha was picking up on a feeling he had with the making of ‘Mulk’ (2018) which focuses on religious discrimination. It tells the story of a Muslim family who become caught in a legal quagmire when allegations of extremism hit them and stars Rishi Kapoor, one of India’s biggest acting names.

Once seemingly ensconced in Bollywood releasing the Shah Rukh Khan sci-fi ‘Ra One’ (2011), Sinha has left for much wilder and more difficult terrain – both ‘Mulk’ and now ‘Article 15’ tackle big heavy subjects – and his next project for which he starts shooting in August will confront the subject of gender violence.

It is not just case of making films that interest him (and not Bollywood so much) – it’s a bit more than that, he admits.

‘Mulk’ got good reviews and few would deny Indian film tastes are widening, even in rural and more remote regions.

Sinha says financing such films and getting distribution hasn’t been difficult for him and the strength of content and the passion of the filmmaker count for a lot in these changing times.

He learnt this from ‘Mulk’ he said.

“It was my honesty and trying to be as honest as possible to the subject matter and audiences are very smart – they see your honesty, they can see through you, if you are lying.”

A short video interview with Anubhav Sinha will appear on here shortly – look out on TWITTER...