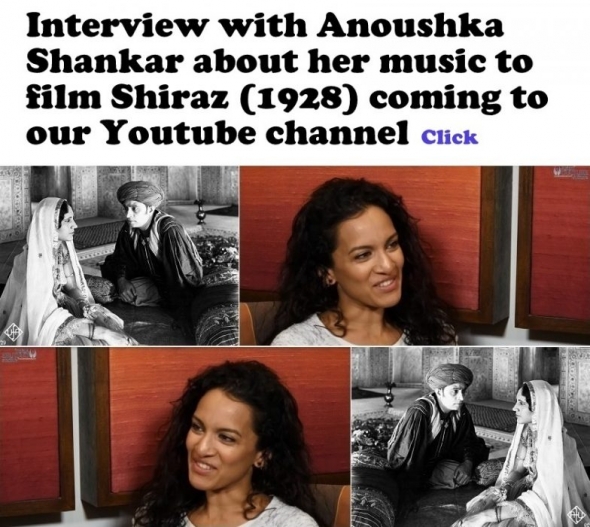 For more information about the February 2 release and where you can see it…click and follow this page, more venues will be added… .
http://www.bfi.org.uk/whats-on/bfi-film-releases/shiraz-romance-india

Are you following us?

Hi everyone! How are you all doing? Welcome new friends! And hello to old ones who already know us, this is our first post…you you can see the full interview with clips from #Shiraz (out Feb 2) restored by @britishfilminstitute to its full glory + with music by @anoushkashankarofficial shortly…when you see the clips and hear the fabulous music and listen to Anoushka talk about her score, you will just want to drop everything and see the actual film! It is amazing!