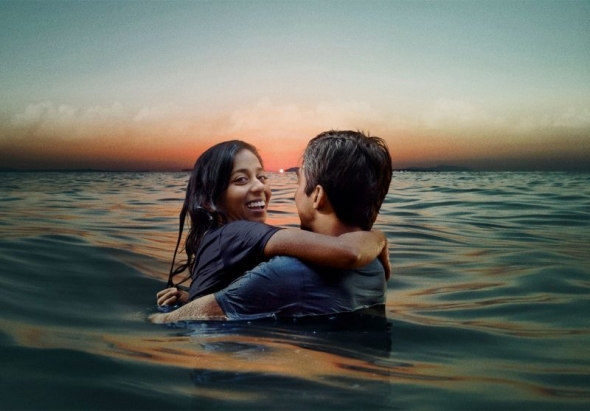 Playwright and screenwriter Vinay Patel is one this country’s finest young voices and a new play exploring some of the themes close to his family are about to hit centre stage – and he also talks to acv about another drama of his, ‘Sticks and Stones’ and being asked to write for ‘Dr Who’…

VINAY PATEL is a major talent in the firmament of British creative writing.

A BAFTA Breakthrough Brit award following ‘Murdered by My Father’ in 2016, he is about to have a full length and very personal play staged at The Bush Theatre.

‘An Adventure’, starting on September 10, tells the story of an Asian couple who journey from India to East Africa and then Britain.

He spent some time talking to www.asianculturevulture.com about its themes and confessed that this is his most personal piece and described it as an “intimate epic”.

Breathtaking in its ambition, the story spans seven decades and three continents.

“It’s about my, your, everyone’s grandparents. It starts in 1954 and follows this couple from India to East Africa to London over seventy years and it runs over three hours!”

The plot, he explains, is about a young couple who leave post-partition India, for Kenya and find themselves embroiled in the Mau Mau uprising (1952-1964).

They then move to Britain during the 1970s at a time of great industrial upheaval to make a life for themselves and the story jumps to the present day, to see if it was worth it.

My family is of Gujarati heritage, explained Patel, and they’ll speak Gujarati and then I found out all the dialect was Swahili and that was obviously because they had come through East Africa.

“I got interested in that part of our history, because they never really talked about it. There were little artefacts in the house but they’ve never really spoken about that time whereas they speak about India quite a lot so I was interested in digging into what the arc of that journey was for them.”

Patel named his two main characters, ‘Jyoti’ and ‘Rasik’ after his maternal grandparents from whom the story is inspired (sadly, his grandmother has passed away), but then – as it often happens with writers, the characters take on a life of their own and go on an adventure which mirrors the untold history of many Asians who came to the UK via East Africa.

“My parents are both from Nairobi and two of my grand-parents are born in East Africa so I found it really weird they never spoke about Africa at all,” he said.

“For me, researching that period of African history and the Mau Mau conflict and particularly the interaction between Indians and Black Kenyans at that time was discovering just how complex that world was.

It was sort of multicultural in a hierarchical way with white Europeans at the top, Asians in the middle and Black Kenyans underneath it.”

Shubham Saraf in ‘An Adventure’

As he delved deeper and spent time researching at the British Library and Museum of British Colonialism, he discovered just how much the Asian community in Kenya were supportive of Kenyan self-rule and how they contributed to that struggle.

Patel, who was born in UK and grew up in Bexley, studied for an MA in writing for stage and broadcast media at the Royal Central School of Speech and Drama. He graduated with distinction in 2011.

He began by writing short plays and his first full length play, ‘True Brit’ (2014), (a monologue, dealing with identity and race post 7/7) was performed in Edinburgh Festival Fringe – which is where Madani Younis, artistic director, of the Bush Theatre, saw it and invited him to the venue and commissioned Patel to write, ‘An Adventure’.

“It’s quite scary you never really get asked to write a play that big when you’re sort of starting out. This has got two intervals as well which never really happens. It’s the first time the Bush has done something this big, it’s the biggest play they’ve ever done!”

Younis, is directing ‘An Adventure’ (and it has just been announced will be leaving the Bush to take up the role of Creative Director at the South Bank Centre from January 2019).

Patel has certainly been prolific. Along with ‘An Adventure’ as he has another other play, ‘Sticks and Stones’, currently touring the UK.

The show produced by Paines Plough opened at Edinburgh and is about language and the offence that words can cause.
“I had sketched a scene about an office worker who made an inappropriate joke in a meeting and the sort of tension that arises from someone calling them out saying ‘I think that’s quite offensive actually’.

Jack Wilkinson and Katherine Pearce in Sticks and Stonesacv

One of the biggest issues of our time is how do we all agree on the amount of harm that words do, because I feel like that is something we haven’t really decided on together as a society,” he argued.

Patel used his Breakthrough Brit Award to get mentoring and guidance from writers he admired, and he was also advised on how to keep a work life balance in this profession. The recognition also helped him pitch for his own projects.
Patel is one of the new writers to pen an episode of the forthcoming Jodie Whittaker Dr. Who Season 11 (which will be back on BBC 1 from Sunday, October 7). “I can’t talk about it yet!”

Alongside his hectic writing career, Patel is advocating for a prize for South Asian playwrights.

“I want to create a lot more visible Asian playwrights and a prize is a good way of doing that and promoting the work. I didn’t see a path for me when I was growing up.

“It took someone like Jatinder Verma to sit me down and basically tell me about the history of British Asian theatre. I feel visibility is really important and that’s a big issue so it would help that a lot.”