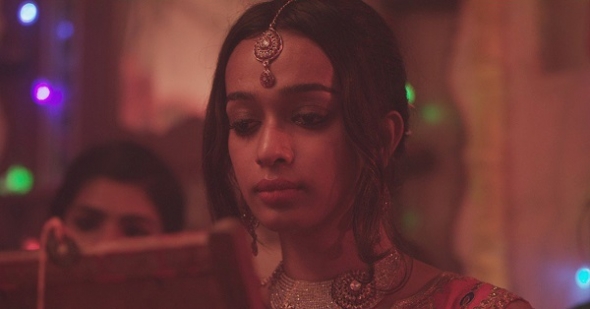 Beat the Brexit blues with a samosa and a great film!

www.asianculturevulture. com is proud to announce that it will be hosting a pre-screening reception for the film, ‘Ek Aasha’ at the Regent Street Cinema, London on March 29 as part of its support for the UK Asian Film Festival (UKAFF) 2019.

You are all cordially invited!

‘Ek Aasha’ is set to be one of the standout films of this year’s 21st UKAFF (formerly Tongues on Fire & London Asian Film Festival) and it is perhaps no coincidence that it screens on the day, the UK is set to leave the European Union.

Whatever your feelings on that, you can forget about it and be assured of a great night at the cinema with a chance to socialise and relax, drink and eat at the ACV pre-screening reception.

‘Ek Aasha’ tells the story of a young person struggling with the gender identity they were born into and making the momentous decision to find happiness as a girl – but as we all know this is no easy task and in India, the obstacles can be yet more daunting and terrifying.

Our heroine has one ambition – to be a teacher – can she do it?

You will have to see the film to find out, won’t you?

Sailesh Ram, founder and editor of www.asianculturevulture.com, said: “We are hugely honoured and proud to be hosting this pre-screening reception for the film ‘Ek Aasha’ which screens as part of the UK Asian Film Festival between March 27-April 7.

“It is a powerful story of hope – and in these times of division and strife we must challenge the forces of darkness and ignorance and prejudice and film is a great way of educating – and altering people’s misconceptions, we believe.

“Pushpinder Chowdhry, the director of the UK Asian Film Festival and Samir Bhamra, the creative director, have done brilliantly to acquire this film and bring it to the attention of film lovers in the UK.

“We are very excited to be helping support this screening and be hosting a reception in recognition of this film’s pioneering and powerful message.

“We look forward to welcoming you to ‘Ek Aasha’ at the UK Asian Film Festival.”

Sailesh will say a few words about the film and then after the screening, will introduce a discussion about the film chaired by Daniel Luther of Queer Asia.

ACV will also be taking a closer look at the film next week.

All guests with tickets to the film will be welcome to enjoy some pre-screening Indian snack favourites (who can say no to a lovely samosa?).

Come down and meet some of the team behind www.asianculuturevulture.com – they’re a friendly bunch!

Don’t forget there are scores of other great films at the UK Asian Film Festival, not just in London, but in Leicester, Manchester and Glasgow.

Have you read our preview?

What films have you selected?

Don’t leave it, book now and join the excitement!

Thanks, spread the word and see you all soon!