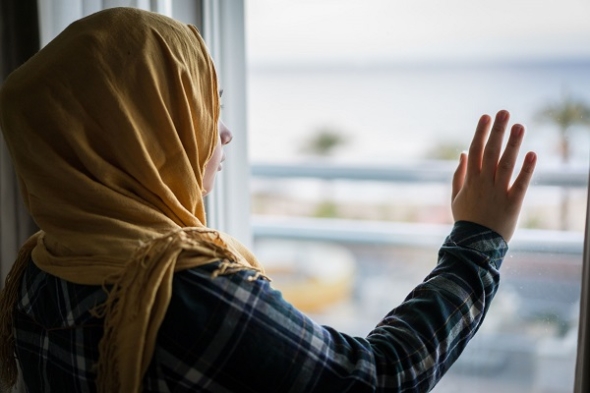 Two mothers. Terrorism, pain, grief, loss and where the idea of home reverberates powerfully in this new work…

FOR 30 YEARS Kali Theatre Company has been championing the work of Asian women playwrights, and this week, the company will take over Tara Theatre (in South London) to present a season of new play readings exploring the idea of Home.

Audiences can look forward to challenging and re-imagined conversations around themes such as terrorism, statelessness, colonialism, imperialism, citizenship, migration, environment, love and belonging www.asianculturevulture.com caught up with writer Naylah Ahmed to find out about her play, ‘When the Fire’s Gone Out’ which opens the week.

“I was really intrigued by motherhood and loss and this is a story of two women coming together,” Ahmed said.

“Claire, is a mother whose son was killed on holiday by a terrorist bomber while, Khadija is a mother of a bomber who has been killed by a drone strike. Claire has a voice people want to hear and Khadija doesn’t. How do those left behind deal with such loss?”

The premise is gripping and the moral issues at stake are clear.

“I think the clearest way it comes to the fore in the play, is the idea whether or not people who don’t look like the indigenous people here, but are from here, and only know this country and not much else – to what extent they can comfortably call this place home, to what extent they are seen as belonging to here, by others who call here home.”

Ahmed argues that companies like Kali play a vital role in supporting writers of colour in this industry to be able to tell their own story.

“When you are a brown female writer in the British industry, somewhere along every line someone is expecting something specific from you (especially if they are non-Brown) and those are “brown” stories whatever “brown” means to them,” she asserted.

But, with Kali, I have never felt that they have tried even gently to manoeuvre my story, and we can have an honest conversation around character and storytelling.”

Kali has produced a couple of Ahmed’s plays – ‘Mustafa’ (2012) which features four men in the cast and is the story of a man imprisoned for manslaughter but the play deals with themes such as exorcism and supernatural happenings, while ‘Ready or Not’ (2017) is about a 60-year old grieving mother whose son has died in Afghanistan and she takes a young Muslim man as hostage.

Her first play, ‘Butcher Boys’ (won the Burntwood prize for playwrighting but was not performed) and when she is not writing for theatre, she is one of a team working on the iconic Radio 4 soap, ‘The Archers’, where she has been since 2017 as a writer/drama producer.

“It does feel special, the characters you write for as listeners remember them from when they were babies and the show inspires devotion from its loyal listeners.

For fans who do follow the radio drama, set in Ambridge (the fictional village in the county of Borsetshire, West Midlands), Ahmed was a key part of the writing team on the story line about modern slavery — with builder Philip Moss, who appeared to be a pillar of the community and his son, Gavin using labourers in servitude for their business.

Ahmed, born and brought up in Birmingham, is one of four siblings and she always wanted to be a writer.

She studied English Literature at Bangor University and has been working at the BBC for around 20 years with a short stint project managing an initiative, Original Voices (2014-5) on training people to write for ITV, especially the soap, ‘Coronation Street’.

Ahmed was the founding script editor for the BBC Asian network soap, ‘Silver Street’ (broadcast from 2004-2010) which was edited by James Peries and set in a fictitious town (but produced in Birmingham), dealing with issues pertaining to the British South Asian community.

Britishness and belonging, which culminate in a festival like Home has been a longstanding subject matter of interest to me, she said. Britain had a massive empire and the Commonwealth citizens who migrated to the UK consider it to be home but it’s a contested legacy that is always being tested.

See below for full listings
https://taratheatre.com/whats-on/kali-theatre-home-plays/

More about the other plays in Kali Week at Tara here http://asianculturevulture.com/portfolios/theatre-bird-bites-autumn-calling-east-is-east-london-10-nights-rice-kali-week-on-home-nw-trilogy-and-the-normal-heart/