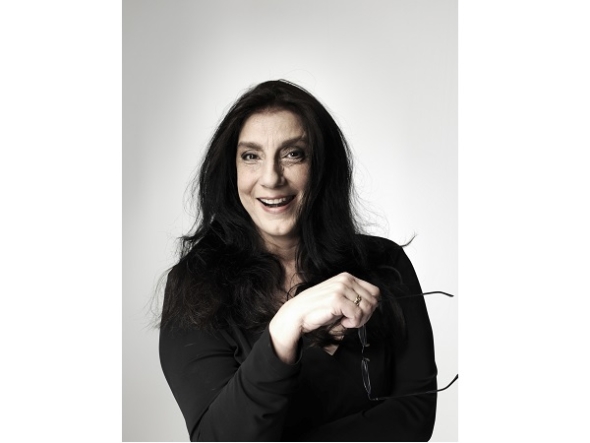 TALENTED actor Souad Faress has a wide-ranging career that encompasses global hit series, ‘Game of Thrones’ Gurinder Chadha’s pathbreaking ‘Bhaji on the Beach’ and the current ‘We are Lady Parts’ comedy drama on Channel 4.

Tomorrow (May 23), you will be able to hear Faress in a play, ‘Welcome to Iran’ on BBC 3 Radio. (See listings below).

Written by Nadia Fall, it’s a co-production between Theatre Royal Stratford East and the National Theatre.

It was due to be performed on stage in April 2020, when the pandemic struck and live theatre was not possible.

Fall re-wrote the play for radio and it is now part of the station’s Lockdown Theatre.

“We were desolate when it got cancelled,” Faress told www.asiancultuevulture.com.

“It’s a wonderful piece presenting a different view of young people in today’s Iran,” she said. “A British Iranian girl goes back to Iran to look into her father’s background in search of his past and to connect with her family.”

The story is a personal journey and based on testimonies and interviews conducted by Fall who writes and directs the piece.

In her foreword to the radio piece, Fall writes, “this work is a love letter to Iranian people, who I found to be the most hospitable and poetic folk I have ever met.

“They resisted the system in small ways every day, despite struggling with the effect of impossibly harsh sanctions imposed from outside the country and the draconian laws of the state within.”

Faress plays several characters, including an aunty and some nasties (villainous people).

“We all had to disguise our voice as radio is much more concentrated on voice.”

Listeners to radio will recognise Faress as the voice of solicitor, Usha Gupta in the longest ever running radio series ‘The Archers’ which celebrated its 70th anniversary in January.

Faress has been part of the show for 30 years (the part was initially played by Sudha Bhuchar, and is drawn from real-life solicitor, Kamlesh Bahl) and the character has enjoyed several ups and down in the fictional, rural village of Ambridge, where the story is set.

Usha is a high achiever, said Faress and in her story arc there were some very big moments, including when she was a victim of a racist attack (by Ambridge resident, Roy, who fell in with a bad bunch of people). She had bleach thrown on her outside the local pub, but luckily the village doctor, Richard was there who was able to treat her on the spot. This led to a romance between them but not to marriage. She later married the vicar, Alan Franks from the series.

Meanwhile, Faress herself continues to push boundaries, ever since she graduated from Guildhall School of Music and Drama and started as a jobbing actor in 1970s London, which was difficult for anyone, including an artist of colour.

Together with other actors, she founded Actorum, a talent management agency that is still going today.

Eventually, she got a job as an acting assistant stage manager and got her card.

Her first acting role was in ‘John, Paul, George, Ringo and Bert’, a musical written by Willy Russell (although she did not have to sing).

Faress, who is of Syrian Irish heritage, has been cast so often in South Asian roles that people assume she is of Indian origin. She has appeared in Gurinder Chadha’s ‘Bhaji on the Beach’ (1993), playing the snobbish, Rekha Tandon, going for a day out at the seaside; she portrayed writer, Firdaus Kanga’s mother, in ‘Sixth Happiness’ (1997, drama directed by Waris Hussein, based on Kanga’s autobiography, ‘Trying to Grow’.

Faress had a role in Hanif Kureishi’s seminal, ‘My Beautiful Laundrette’ (1985), directed by Stephen Frears.

She also played the High Priestess of the Dosh Khaleen in Season 6 of ‘Games of Thrones’.

She appeared in the ground-breaking play, ‘The Great Celestial Cow’ (1984) directed by Carole Hayman and written by Sue Townsend (of ‘Adrian Mole’ fame) about the lives of Asian women in Leicester. It was unusual then, and even today to see the Royal Court’s theatre main stage filled with several Asian female actors including, Zohra Segal, Meera Syal, Jamila Massey and Shreela Ghosh.

Lockdown has been spent at home going for walks and having her filming schedules interrupted on projects she cannot talk about.

Faress can be seen in Nida Manzoor’s comedy series, ‘We are Lady Parts’ which screened for the very first time on Thursday (May 20) and she joked that she hopes her character will survive into the next series!

She will be in the blockbuster feature film ‘Dune’ directed by Denis Villeneuve to be released in October.

Listing
‘Welcome to Iran’ – Nadia Fall, May 23 7.30pm (will be on i-player for a limited period – UK only).
https://www.bbc.co.uk/programmes/m000v2jx
‘We are Lady Parts’ – Channel 4 Thursdays 10pm only (available on All4) https://www.channel4.com/programmes/we-are-lady-parts