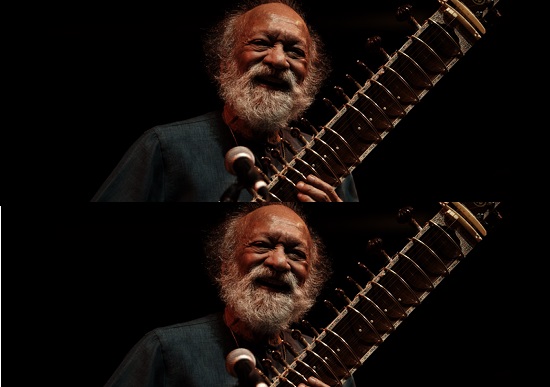 TODAY is the 100th birthday anniversary of one of India’s most iconic contemporary artistic figures – Pandit Ravi Shankar.

The great musical icon, who was born in Varanasi, died in 2012 and left a rich musical and cultural legacy. He was one of the first Indian classical musicians to tour the West and his friendship with The Beatles and his long association with the group’s guitarist and fellow musician George Harrison cemented his status as one of India’s biggest and best-known cultural exports. He is, without exaggeration, one of the most influential Indian cultural figures of this century and the last.

🔸The Southbank Centre which had organised a special 100 Shankar celebration marking the great sitar player’s achievements announced it has rescheduled this festival for April 8 2021 now. Today would have seen a special concert with daughter Anoushka headlining and half-sister Norah Jones, and close friends and musical figures, Nitin Sawhney, and Olivia Harrison (widow of George) participating. The Southbank Centre has cancelled all events and closed after the UK lockdown in response to the current corona virus crisis.

🔸www.asianculturevulture.com speaks to Jay Visvadeva, the founder and director of Sama – a leading British Indian classical music organisation – and well-established producer and curator of Asian music festivals – whose friendship and support of Pandit Ravi Shankar began in his teens. Visvadeva also tells us about his impressions of a new biography by Oliver Craske, who knew Pandit Ravi Shankar well, (and helped the great write his own autobiography, ‘Raga Mala’ (2000) and has now written, ‘Indian Sun: The Life and Music of Ravi Shankar’, which has only just been published.

🔸How well do you know your Ravi Shankar? Try our quiz (see link below)

She said: “My husband’s music continues to bring magic to people around the globe. As the whole world faces these challenging times, it’s more important than ever to celebrate our common humanity with art that transcends boundaries.

“I’m thrilled that the Southbank Centre will be celebrating his legacy online and throughout the year as part of Shankar 100.

“While I’m saddened the Ravi Shankar Centenary concert has been postponed, I look forward to next spring, when we can all come together for this very special event.”

Earlier this year, Shankarji’s only opera, ‘Sukanya’ returned to the Southbank Centre as a curtain-raiser to this year’s proposed year of celebrations

The Southbank Centre announced yesterday that it does not now expect to re-open to the public until June 30 at the earliest and wil continue to follow UK Government guidance on events.

Visvadeva told www.asianculturevulture.com he first met Ravi Shankarji along with George Harrison when he was a teenager in 1970 when the pair came to give their blessings to the Sanskritik Festival of Arts which took place at the Southbank Centre.

“”I was a teenager, it was just awesome and one of the biggest experiences of my life. There was a big cultural revolution at the time – with flower power and all that,” Visvadeva told acv.

Along with The Beatles, Shankarji and Harrison were credited with being among a group of artistic and cultural figures who promoted peace and diversity against prevailing but waning notions of authority and tradition in the 1960s and early 1970s.

And so began a more than 40-year long friendship, and while Visvadeva did not organise Shankarji’s many concerts in Britain, (except for one special morning concert in 1978 at the Centre of India Arts, in a building next to the current Nehru Centre in Mayfair), the two got to know each other over the years, with Visvadeva going to his concerts and visiting him after performances, chatting to him.

“He had an aura – he was like a father figure; we talked about music, life, philosophy, spirituality, he was a widely read person and interested in a lot of things and he liked my energy and liked what I was doing as a producer,” said the entertainment lawyer turned music and art producer who now runs Sama.

Visvadeva said he has also just finished reading Craske’s ‘Indian Sun: The Life and Music of Ravi Shankar’ and enjoyed it thoroughly.

“It’s very detailed and covers all of his life – it’s a magnificent portrayal of an icon.”

Visvadeva appears in the reference section and Craske interviewed more than a 100 people, including Visvadeva himself.

Some critics have highlighted Shankarji’s messy personal life as chronicled by Craske.

Shankarji was divorced, remarried and had a complex love life, of which not much was in the public domain at the time – Jones was publically revealed as his daughter late on in her life – as she was just making her way as a singer.

Visvadeva said: “It’s a great book and I would encourage anyone to read it. It was a life well-lived with its ups and downs. He was the right person at the right time.

“Pandit Jawaharlal Nehru (India’s first prime minister) was very fond of him and he projected India’s soft power. He was performing for big celebrities from the 1950s, playing for the US jazz fraternity and filmmakers – that was when he became famous.”

How well do you know Pandit Ravi Shankar? Test your knowledge
Follow us if you don’t already for updates on Shankar 100 in 2021.