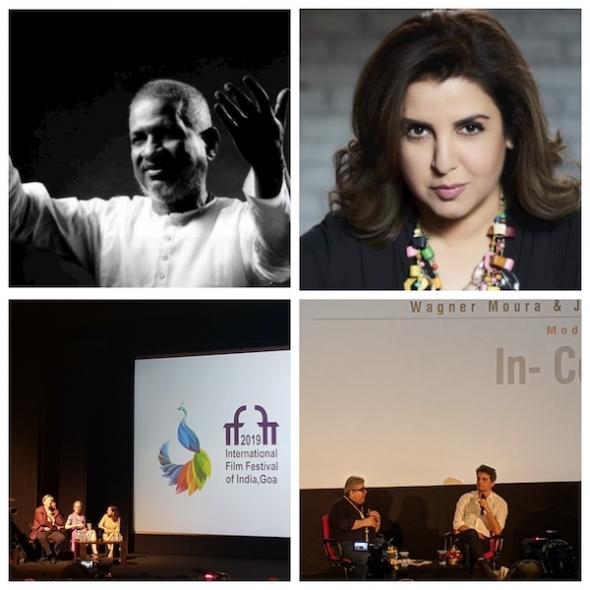 A BIG SLICE of Hollywood landed up in Goa as three prominent figures from the West shared their knowledge and experiences with audiences at the International Film Festival of India (IFFI) yesterday (November 26). This year is the 50th edition.
Some of Bollywood’s best names and upcoming stars will be in talks today (November 27) at IFFI.

📽Look out for star director and one-time choreographer Farah Khan

📽Music maestro Ilya Rajah talks about his extensive career as a musical composer – some will that he has not got the recognition AR Rahman, also a composer of Tamilian origin, commands.

📽In something of an extended masterclass, well-known cinematographer John Bailey, chairman of the main IFFI jury here and his wife, Carol Littleton, a longtime Steven Spielberg editor, discussed how they composed and edited several scenes from well-known Hollywood movies – among them ‘ET’ and ‘The Accidental Tourist’. It was very much the technical masterclass and the two are clearly very taken with India following their official visit in May, when Bailey was chairman of the Academy of Motion Picture Arts and Sciences (AMPAS) – the body that looks after the Oscars.

📽‘Narcos’ star Wagner Moura talked extensively about his breakthrough role, and now his directing and producing projects. He said he did not want a “Hollywood” career and staked his clear opposition to the regime of Jair Bolsonaro – the current president of Brazil.

We will have more on these and other IFFI stories soon…as the festival moves towards its closing ceremony and awards tomorrow (November 28)…stay tuned with social media for real time stories.