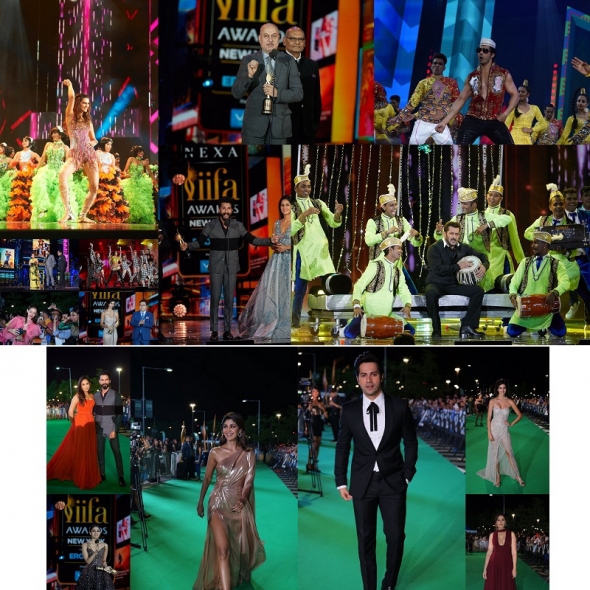 Every year it’s held in a different location, last year it was Madrid, and this year was New York’s turn…

A HOST of Bollywood stars brought the curtain down on the three-day International Indian Film Academy (IFFA) Awards in New York with a string of high energy performances and an awards ceremony.

Actor Saif Ali Khan and director Karan Johar were the hosts of awards ceremony and among the performers on the night were Alia Bhatt, Salman Khan, Shahid Kapoor, Sushant Singh Rajput and Kriti Sanon.

Among the other highlights was an award for AR Rahman, who performed at the Friday (July 14) event.

There was also a talk by director Kabir Khan who spoke about the commercial disappointment of his latest film, ‘Tubelight‘ with Bollywood megastar Salman Khan.

‘Udta Punjab’ – the hard-hitting Bollywood film about drug use in Punjab was among the big winners on the night.

· Woman of the Year- Taapsee Pannu

The awards show will be broadcast on the Indian channel Colors TV in the UK.

All pictures and gallery captions courtesy of IFFA.