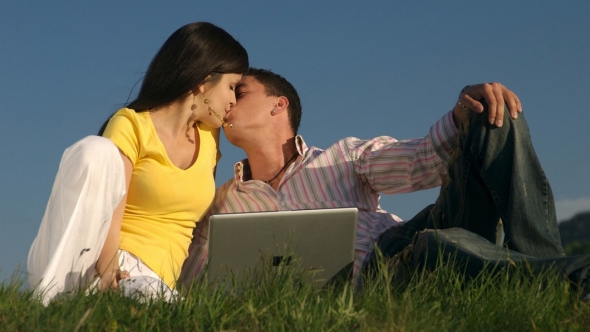 VALENTINE’S DAY – the most romantic day of the year. Whether it brings out your inner cupid or turns you into the Grinch, it’s a day about love and relationships. With the introduction of the internet, the face of modern dating has dramatically changed, particularly, for the South Asian community.

We spoke to Dr Takhar (pictured below), a lecturer in marketing at the University of Bedfordshire, about her new work. Married, she told us she had a personal interest in the research behind her latest book.

ACV: Hi Amandeep, the subject of your book is something that many young South Asians living in the West face. What made you write it?

Dr Amandeep Kaur Takhar (AKT): In the UK now, we see an ever increasing migration of people and diminishing borders. There’s a massive questioning of identity amongst many communities. The book focuses on trying to fit the gap between computer culture, consumer culture and ethnicity. The amount of time that we dedicate to social media and the computer is ever increasing. My co-author and I wanted to look at the interaction between these three concepts.

ACV: We can definitely relate to all of those. We see that you’ve chosen to focus on the Sikh community, was there any particular reason behind this?

AKT: I chose the Sikh community (Britain, America and Canada mainly) because it’s easier to access for me. I am a Sikh woman. It’s also very in my face regarding issues of identity. It’s something that I have personally experienced and seen on a day-to-day basis.

ACV: What made you choose shaadi.com as a case study? Many South Asians recoil in horror at the mere mention of this website.

AKT: (laughs) I used shaadi.com because there’s no parental or communal pressure to meet someone, it’s all in the hands of the individual. It’s a modern way of meeting people from your community. There are the usual questions such as occupation, height and more traditional questions tailored for South Asians.

It also takes out the hard work for people’s parents and their reluctance to get involved. Whilst many Asians react to shaadi.com with a grimace, it’s still a hugely successful matrimonial website where people have met their future spouses. Our findings showed that young Sikhs talk about it a lot more openly and don’t shy away from meeting their partners online because it’s becoming more acceptable with the older generation and society.

ACV: What was the most interesting thing that you found from your research?

AKT: We found that a lot of young Sikhs were adopting elements of both cultures they liked and rejected any that they disliked. On the one hand, we have a communal identity, and on the other, an individual identity. It’s a battle that many young Asian and black ethnic minorities face. You try to learn about your ethnic identity and your western surroundings; you’re almost battling yourself with the ‘Easternisation of the West’ and the ‘Westernisation of the East’.

ACV: Why do you think that a “pick-n-mix” attitude is being adopted?

AKT: Your identity and ethnicity becomes what you feel. You only have to look at modern Bollywood scenes, they’re more westernised. They won’t wear saris but bikinis and leather jackets these days. I wear a skirt and western clothing, but it doesn’t mean that I don’t care about my Sikh identity. Many young Sikhs understand this and apply it to their lives.

ACV: Did your findings show any signs of tension between younger generation and older generation?

AKT: Parents and older generations tend to worry a lot more. They think that we’re so focused on the western aspect of our identity that we forget our eastern identity. They shove it down our throats, so much so, that they don’t realise that it pushes us away from our culture which opens up a new field of problems for the community to face.

ACV: This happens a lot, why do you think that older generations tend to do this?

AKT: India has moved forward in so many ways. As a result, many feel a sense of guilt at forgetting our roots. A fear exists of losing their children to western culture and a westernised identity. The second generation are more liberal; this can be seen as a sign of cultural retention. Indians (in India) are so much more modern than the majority of Indians in the diaspora. The older generation are so focused on how their culture should be. They’ve not realised that culture evolves.

ACV: So, the older generation are like a time of capsule of what Indian culture was, as opposed to now. Did your findings prove that?

AKT: With regards to young Sikhs finding love online, the majority were happy to see their children picking partners themselves. However, in some areas, there’s been very little change as to how they think. Compare it to the first generation that came here; things have changed massively. There’s God knows how many Indian channels on TV and even so many ethnic faces on the internet. The second generation really value it; we all know Star Plus is watched by millions of Asians in the diaspora. The older generation are happy that the younger generation watch Indian films and shows because they feel that we are learning about our culture (and reading about it on such sites as www.asianculturevulture.com!)

ACV: Your findings actually seem to show that a balance can be maintained by both generations, do you think that we are on the way to achieving this balance?

AKT: Yes. A separate study that I’ve done is about the consumption of the bhangra industry and how that impacts identity. The emergence of Brit Asia TV and bhangra groups, like PBN (Punjabi By Nature) are third generation British Sikhs. Many Sikhs and South Asians like these groups. They feel like it understands their identity; it’s essential to try and understand the complexity of a hybrid identity. Even things like bhangra nights – rammed is an understatement every third generation Indian is there. We are well on the way to getting that balance.