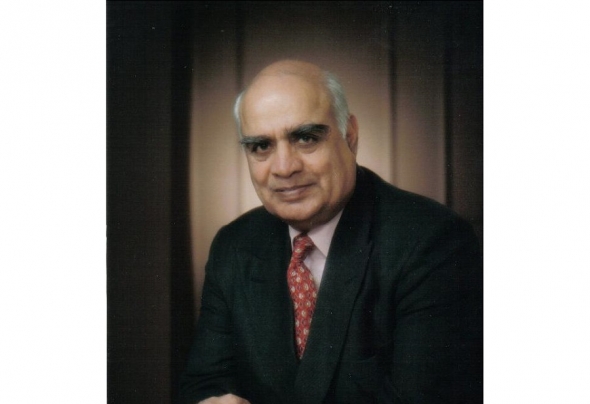 THE JOURNALIST and publisher Daljit Sehbai, who died in London on June 18, aged 85, was chairman of the prestigious Reform Club from 2000-2002, the first Asian to be elected to the post since the gentlemen’s establishment was founded in London’s Pall Mall in 1832.

Sehbai was also president in 2016 of the Indian Journalists’ Association, having been its treasurer for many years.

Although Sehbai was especially at home in the very English surroundings of the Reform, he was founder chairman of National Council of British Indians, which he set up “to promote and protect the legitimate and special interests of people of Indian origin in the UK”.

Referring to the fact that British Indians number about two and half million people, Sehbai said that “British Indians form the largest ethnic minority group in Britain, whose contributions to Britain’s social and economic life deserve recognition”.

His wife, Subhadra, to whom he was married for 59 years, told me: “He was very proud to be Indian.”

This was also the opinion of Hitesh Tailor, another Indian who became chairman last year of the Reform Club and acknowledged it was “a door he (Daljit) had opened”.

Tailor, who has worked closely with Sehbai in his capacity as joint secretary of the National Council of British Indians, said: “Daljit deserves to be recognised for his efforts to make the public, government agencies and the media aware of the contributions made by British Indians. He also emphasised the need for social cohesion and the value of good citizenship among people of Indian origin and helped to promote social cohesion among people of different origins living in the UK.”

“Daljit made tireless efforts to emphasise that British Indians must integrate, respect the British way of life while at the same time retain values and traditions of their Indian heritage,” he added.

Hitesh looked up some of Sehbai’s old correspondence, including a letter he wrote to David Cameron on September 10 2012 admonishing the then Prime Minister: “Although there are many Conservative MPs of Indian origin who are extremely able and capable of inclusion in your government, you have not found it possible to consider their merit for playing a part in running the government of this country.”

Sehbai told Cameron that “MPs of Indian origin have been neglected by you in last week’s reshuffle of your government”.

He pointed out: “People of Indian origin …. play a vital role in the social and particularly the economic life of this country. It is a peaceful and not very vocal community. This does not mean that the importance of their role and their vital contribution to Britain should be ignored when deciding who should play a role in the government of this country.”

He requested the Prime Minister “to consider the importance of the role played by British Indians in the UK, particularly when you are making the important decision of who should play a part in administration of this country”.

He finished with the line: “I look forward to hearing from you.”

That Cameron became probably Britain’s most pro-Indian Prime Minister may have been due in part to the reasoned arguments of people such as Sehbai.

Tailor revealed that Sehbai approached the census authorities and helped to convince them that the word “Asian” was much “too broad” and needed to be broken down into its constituent parts “Indian” is now one category.

Last year in the Queen’s birthday honours, Sehbai was awarded an MBE “for services to social cohesion through the National Council of British Indians”.

Sehbai was born on September 27, 1931, in Nowshera, NWFP, and came to Britain in 1955 to study law but soon switched to publishing and journalism.

In 1974, he established a publishing venture, Nile & Mackenzie, which acquired the UK rights to the international edition of India Today and subsequently the magazine’s UK edition in the 1980s.

In 1991-92, he was editorial consultant to Mirror Group Newspapers and helped to launch Asian edition of The People, a Sunday newspaper aimed at the second generation British Indians.

He was also a Trustee of the Chartered Institute of Journalists’ Pension Fund and of two charities run by the Institute to help journalists and their families in need.

He loved to entertain his wide circle of friends at the Reform Club, which he joined in 1987 and where his portrait will remain on permanent display along with those of other chairmen. He served on the club’s library committee for many years.

He is survived by his wife, daughters Sasha and Kavita and five grandchildren – all of the latter have ‘Sehbai’ in their names.