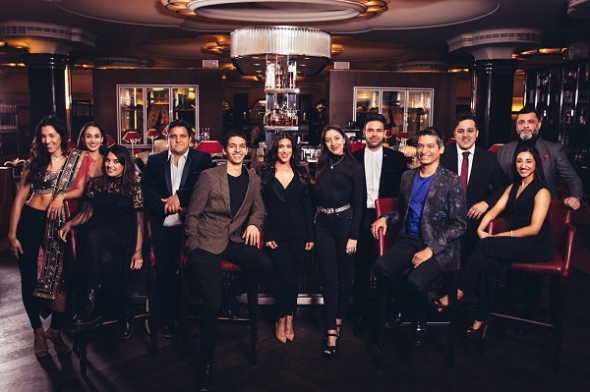 Prominent musical actor, currently ‘The Sultan’, in Disney’s West End production of ‘Aladdin’, argues diversity is more than just ticking boxes and paying lip service to the idea of representation in this hard-hitting personal piece…the talent is out there but why isn’t it being cast?

WHEN the musical ‘Phantom of The Opera’ opened in 1986, Richard Stilgoe and Andrew Lloyd Webber overlooked one significant character from the original book.

Gaston Leroux’s gothic novel spoke of ‘The Persian’ whose character assisted in the Phantom’s escape. The character of the Persian was removed entirely from the musical. We don’t know why; however, one theory would suggest that in 1986 who could have played this part?

Why is this an important question?

Because, most characters in musicals have been written for white actors by white writers or ‘Brownfaced’.

An early example of Brownface can be seen in ‘Annie’ the movie musical (1982), starring Albert Finney and Carol Burnett. Here, Geoffrey Holder played the character of ‘Punjab’ – distinctly an Indian sounding character name, only to be portrayed by a black actor, dressed up as a British Victorian butler wearing a ‘Sikh’ paag (turban). An insulting stereotype; prevalent during this period and quite redundant to the narrative; as we don’t see this character in modern day revivals.

In 2002, however, it did look as things were finally going to change – the West End and regional theatre saw an increase in South Asian musicals.

Along with the hit, ‘Bombay Dreams’, which appeared to herald the change, there followed ‘Britain’s Got Bhangra’ (2010) and ‘Bend it like Beckham’ (2016), the musical.

Suddenly there seemed to be commercial value in this new modern day-looking and sounding genre of musical. However, the excitement felt by the Asian community was short lived.

Today, the scene has somewhat faded.

The Asian characters featured in modern day musicals like ‘Everybody’s Taking about Jamie’ still seem to be the exception rather than the rule.

In this popular and critically acclaimed show, there are Asian characters who are part of the fabric of the drama.

Mina Anwar and Shobna Gulati have played ‘Ray’ and this part is being reprised currently by Sejal Keshwala.

There has also been some controversy on social media about the character called ‘Pritti Pasha’ – she is a Muslim character, wears a hijab and is Jamie’s (the aspiring drag queen about which the drama is centred) best friend at school. She was portrayed by Lucie Shorthouse and the role is currently reprised by Sabrina Sandhu. It’s great to see plays where there are a range of people of diverse backgrounds in the productions.

When the Asian community is the largest ethnic minority group in the UK, why would we not ensure that our theatres reflect this demographic and see that musicals proportionately cast Asian actors?

Isn’t this the world we live in today? It’s increasingly clear that audiences are becoming more diverse and expect to see themselves reflected on our stages.

Lloyd Webber himself stated in the introduction: “I passionately believe that the stage needs to reflect the diversity of the UK population or it risks becoming side-lined.”

Why is this still an issue?

Should Jason Donovan be cast as ‘The Pharaoh’ in the latest production of ‘Joseph and The Amazing Technicolour Dreamcoat’? Isn’t the character Egyptian? Isn’t it about time we cast appropriately…it’s not like there isn’t the talent out there – this is not 1991 (when it was last in the West End, and Donovan was cast as ‘Joseph’, and he is now returning to play The Pharaoh when the shows start June 27-September 8). The production has diversity but it is at the edges, the main parts, arguably, aren’t open to talented newcomers.

The talent is readily available and has been showcased in previous successful productions.

So why are those talents so often overlooked? British Asian talent in particular continues to be ignored.

If we don’t see ourselves represented on the stage how can there be any representation?

There is a burning obligation for new writers, composers, directors and producers who can cater for this new audience and rise above the cries of those still living in the past, shouting: “There is no ethnic talent available”.

Producers have tried to tick diversity boxes and often think having one black person is sufficient.

Don’t get me wrong, I am not knocking black actors getting parts, but producers need to start casting proportionately. If they don’t consider diversity, then the future of musical theatre is doomed.

It will die on its feet, we can’t expect the genre to be sustained if the stage doesn’t reflect the people. The Asian community remains underrepresented.

The collective frustration of the British Asian talent out there comes from not being able to have a meeting or audition to showcase their talents.

We are either overlooked, ignored or simply invisible to many with the ability to affect change.

Casting just one actor of colour (Ramin Karimloo) in ‘The Phantom of the Opera’ which has run for 33 years (West End) is not acceptable nor proportionate considering the talent pool available.

Allow the diverse talent out there into the room, and let them show what they can do.

In 2019, there can be no excuses. British Asian Talent is in surplus. We have a well trained and experienced generation standing in the wings; this includes actors currently performing in commercial and regional musicals. Ladies and Gentlemen, I give you that generation…

‘Aladdin’ plays at the Prince Edward Theatre, London, until August 24.

Privacy & Cookies: This site uses cookies. By continuing to use this website, you agree to their use.
To find out more, including how to control cookies, see here: Cookie Policy
← Black, Asian and ethnically diverse theatre artistic directors and cultural leaders write open letter and call for diversity to be part of dialogue as government considers revival of sector…
Cannes 2020: Reflections…more about this film… →