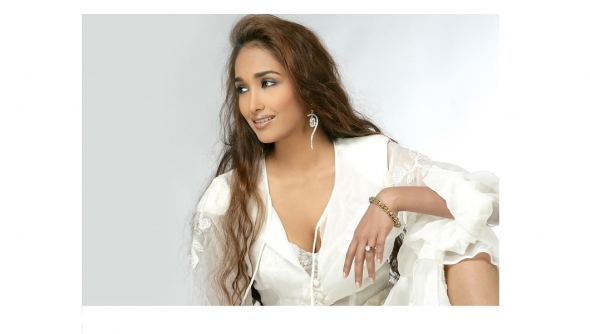 FAMILY and friends have stepped up their bid to have the authorities – especially the British – open a thorough investigation into the death of Bollywood star Jiah Khan.

Sister Kavita renewed the calls and spoke movingly about her sister’s untimely death and the need for it to be investigated, at a memorial service at Chelsea Old Town Hall, London, marking her sister’s first death anniversary on June 3.

Jiah, who had appeared in three films alongside big stars Amitabh Bhachan, Aamir Khan and Akshay Kumar, was found hanging from a ceiling fan in her Mumbai apartment on the date a year ago.

Indian police concluded that Jiah, whose real name is Nasifa Rizvi, had committed suicide but the family remain adamant that the circumstances of her death have not been thoroughly investigated and have set up a Justice4Jiah campaign.

They want to meet British foreign secretary William Hague to press for a UK police investigation into the star’s demise.

The family have accused her Mumbai-based boyfriend Suraj Pancholi of treating her badly but he has steadfastedly denied any wrongdoing, claiming the bad feeling all came from their split. He was quizzed by Indian police at the time.

Middle sister Kavita was visibly emotional and her voice broke as she spoke at the service.

Kavita, Jiah's sister at the memorial

She said: “It’s hard to imagine a year has gone by and not a day passes when I don’t think of Appa, she was the best sister, I ever asked for always there for me.”

She told the gatherers that she boarded a flight from London to Bombay on the eve of her 21st birthday to join in celebrations with the family.

Instead what greeted her upon arrival was the news that, “my sister had has passed away”.

Initially, she explained: “My anger was directed to God about this unjust brutal society why has he taken away the one person, I ran to when I was low.”

Today her anger is channelled towards ensuring that her sister “receives the justice she deserves”.

Jiah – who was born in New York but grew up in London with her mother and two sisters, Kavita and Karishma – was also remembered in an address by her step-father, Thomas Puppendahl (known affectionately as Tipu).

He described first meeting the family.

“Jiah was thirteen, a most difficult age, it wasn’t always easy, but my wife Rabiya did a fantastic job integrating everyone.

“She had a natural talent for acting, for me coming from a scientific financial background; the film industry couldn’t have been more unusual.

“When Jiah’s career took off, I was more of a silent admirer; you don’t have to be a Bollywood insider to see that doing movies with legends like Amitabh Bachchan and Aamir Khan is an amazing achievement in itself. But the best thing about Jiah’s career, what I admire most about her was she got there all on her own merits.”

She was discovered by the director, Ram Gopal Verma as an 18-year-old and he cast her in his film, “Nishabd” (2007) – the controversial story of an older man who falls for his daughter’s 18-year-old-friend.

It is a sort of Indian “Lolita” / “American Beauty” and where as a newcomer she held her own against the consummate pro and Bollywood legend Bachchan.

Following that it was actor, producer, Aamir Khan who picked her for his “Momento” (2002) style thriller, “Ghajini” (2008) and later, she worked with Akshay Kumar, playing a demure Indian girl in the comedy, “Housefull” (2010).

A poignant reminder of the talent that was Jiah Khan

A homemade video “Remembering Nafisa” was played and the audience saw images of a truculent child dressed as a fairy on the Xmas tree; at play with her sisters, a young girl who clearly enjoyed performing and had a natural talent for dancing, be it to Bollywood tunes or R& B numbers by Rhianna.

Listening to her speak on the interviews conducted for many Indian channels over that period she appears as an articulate, intelligent, and confident young woman, at home in English and Hindi /Urdu.

At the service, Rabiya Khan said: “Last year 3rd June was a painful night, however, it was also the ‘Shab-e-Miraj’ – (a holy event for Muslims when the Prophet was transported to heaven) that night my daughter, Nafisa saw angels lifting her spirit and carrying her away. Our hearts still yearn for her.”

How and why she ended her life remains a mystery to her close family. They believe her life continued to hold much promise.

Rabiya Khan wants the Indian police to hand over information relating to phone and text messages as well as histopathology and videography reports taken by the Indian forensic team who had been investigating her daughter’s death.

She strongly feels that Jiah did not commit suicide as she had a lot to live for, and claims the death is suspicious as there have been inconsistencies in the forensic report and she is calling on the Bombay High Court to also reopen the case.

Nevertheless, one year on, Jiah’s sister, Karishma summed up the emotions of their loss in the words of this verse:

“Born to amuse, to inspire to delight, here one day gone by night

Shining and sparkly and extensively bright,

Gone for a moment but never forgotten, until we meet again.”

The three hour memorial ceremony was divided into two sections. The first part was a solemn affair with religious undertones, and the second part was the remembrance of Jiah’s life and her achievements.

It began with prayers by a Maulana (priest) who read verses from the Koran to remind the attendees that ‘everybody will be returning back to the Lord, the creator’. This was followed by Nashid and Nath religious songs recited by the brothers, Ghoush & Mohuddas Ali, and by Selena Khan.

Two young children, Anya and Ryan who are a part of the extended Khan family provided a musical tribute by playing the violin, while the Sufi singer, Haji Ameer Khan sang a few Sufi devotional ‘Quwwalis‘ in praise of God and peace for the soul of Jiah.