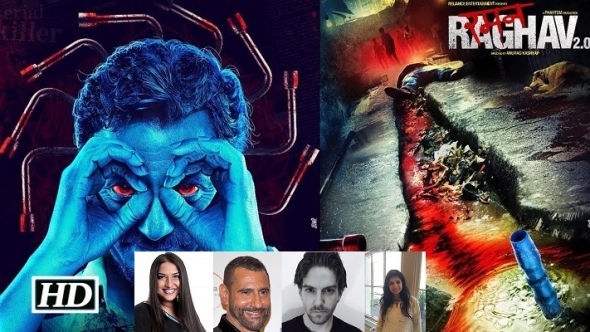 Critics, programmers and an academic to talk about trends and changing directions in Indian cinema…

TODAY sees the formal opening of the India on Film season at the British Film Institute Southbank in London.

Ahead of a season of films from India to be shown at the BFI Southbank, there is talk today examining Bollywood 2.0 – current trends and new directions.

In recent times, Bollywood has changed – the emphasis on song and dance has lessened without disappearing or necessarily being diminished – but there has been an opening out of themes and subjects.

While the typical (or atypical) Bollywood romance prevails – ‘Phillauri’ and ‘Badrinath Ki Dulhania’, new sorts of films have emerged, blurring the lines between independent or parallel cinema, as it was once known and Bollywood, represented by stars and songs and dance.

Films such as ‘Rangoon’ (Vishal Bhardwaj 2017) play across a once much more distinct dividing line and independent titles led by director Anurag Kashyap have had increasingly mainstream media attention in India itself. Kashyap’s films routinely premiere at the Cannes Film Festival and there is a chance to see his latest ‘Raman Raghav 2.0’ this evening after the talk. Interview with Kayshap in Cannes about ‘Raman Raghav 2.0’ is here.

Today’s panel discuss the change happening in India today and look forward to the ‘India on Film’ season at the BFI.

We also have a recent (and unpublished) interview about Bollywood’s changing trends with renowned Indian film critic, Anupama Chopra, who has her own popular Youtube channel and programs the Mumbai Film Festival.

The talk starts at 6.30 at the BFI Reuben Library and there were some tickets left this morning when we looked – check here