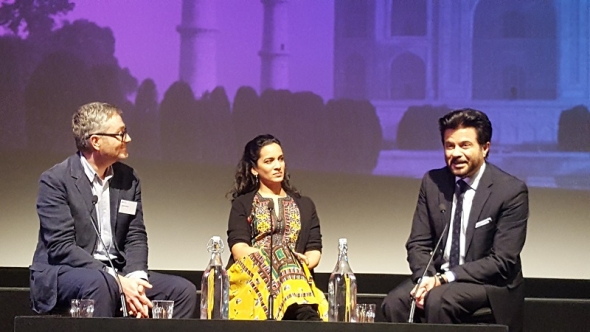 FOR THE INDIAN film buff, the forthcoming ‘India on Film’ season at the British Film Institute (BFI) is something to get excited about.

The films have been co-curated by Robin Baker, BFI head curator and Meenakshi Shedde, a Mumbai-based film journalist and curator.

“But it’s not typical Bollywood, take something like ‘Kapoor & Sons’ it’s a Bollywood film but very unusual. It deals with a dysfunctional family, the father is having an affair, one of the sons is homosexual.”

“At the other end, we have ‘Shahid’ a film about the trial of a Muslim accused of terrorism and the injustices of the court system.”

As well as ‘Baahubhali’, there will be screenings of other seminal Indian regional films, including the Tamil ‘Kandukondain Kandukondain’, a reworking of Jane Austen’s classic, ‘Sense and Sensibility’ and featuring the music of AR Rahman. It also contains many of the biggest stars of both Bollywood – Aishwarya Rai Bachchan (who began her career in South Indian cinema) and Tabu and established South Indian veterans, including Mammooty and Ajith Kumar.

Shedde said she and Baker had grouped and selected films by theme and the opening is called ‘Bollywood 2.0’ – exploring the ‘Mindie’ (mainstream and independent) space. It is today – see here.

Among the early films to be shown in this section are Anurag Kashyap’s ‘Raman Raghav 2.0’ – it premiered in Cannes last year and there is an interview (with trailer excerpts on our Youtube channel); ‘Masaan’ – which won awards in Cannes in 2015, ‘Queen’ which has a female protagonist (Kangana Ranaut) who goes somewhat against the traditional grain; and ‘Court’, a winner in Venice in 2014.

Both Baahubhali films screen in April with ‘Baahubhali:The Beginning’ (2015) screening on April 21 and followed by the UK premiere, ‘Baahubhali: The Conclusion’ (in its original Telugu with English subtitles) on April 27, with SS Rajamouli and some cast in attendance.

The programme https://whatson.bfi.org.uk/Online/default.asp
Screenings on day