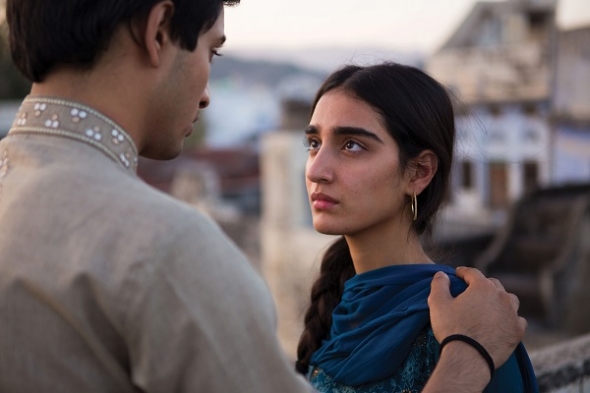 TOUGH and almost unrelenting, ‘What will people say’ (‘Hva Vil Folk Si’) – Norway-based Iram Haq’s second feature film is not for the faint-hearted.

The story centres around ‘Nisha’ (Maria Mozhdah), a typical teenager growing up in contemporary Oslo.

Dad ‘Mirza’ (Adil Hussain) runs a shop and older brother ‘Asif’ (Ali Arfan) is an aspiring doctor. Mum ‘Najma’ (Ekavali Khanna) appears loving, though frets when she is persuaded to dance (innocently) in front of male relatives at a family party.

The joy of family life is shattered when Dad discovers a young man in Nisha’s bedroom. What follows next is fairly predictable on one level.

Dad reacts violently and wants Nisha to marry what he believes is Nisha’s Norwegian long-term boyfriend. He believes they are in a full-blown relationship (ie having sex), when the truth is that ‘Daniel’ (Isak Lie Harr) has a teenage crush and has barely kissed her.

Social services are involved and Mirza decides the best solution is to force Nisha back to Pakistan.

All this will seem in keeping with a typical narrative based around an ‘errant’ young girl who does not understand her culture and needs to be brought into line to do so.

Yes, on one level that is undeniable, but what gives this story a stronger currency is that it is based on Haq’s own life.

Nisha’s time in Pakistan turns out not to be that bad after the initial misgivings – she goes to school and her young cousin Salma (Jannat Zubair Rahmani) provides suitable relief from chores and responsibilities and has a cute sense of humour.

Everything, however, takes another turn, when Nisha falls for cousin Amir (Rohit Saraf) or should it be the other way around?

One terrifying scene where both are subjected to a physical attack and Nisha more humiliation by being forced to remove her clothes in front of corrupt policemen and is snapped by them again breaks whatever equilibrium she has found in her adopted homeland.

Her Pakistani family are appalled by her relationship with Amir and demand Mirza deal with the situation. Her return to Norway is neither easy or simple.

Powerful performances and a wonderful debut from Mozhdah give this film its undoubted strength – and Haq’s obvious sympathy for Nisha is a reminder that in some societies, the urge to control young women remains very strong – and asks who really benefits from this?