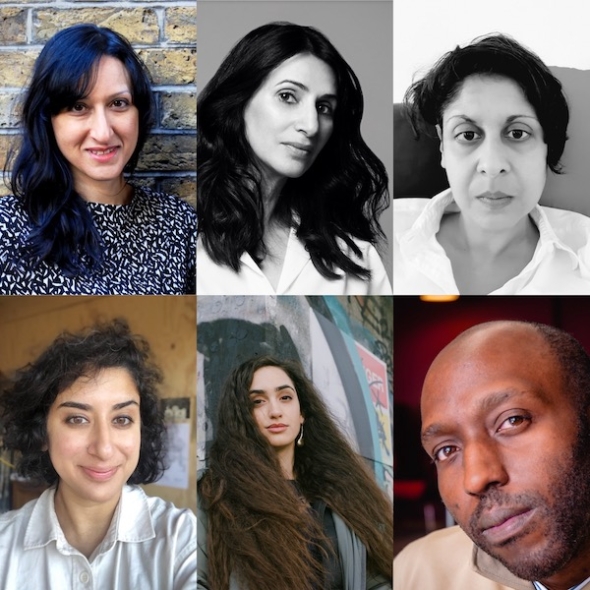 Eclectic selection of nominations this year…

ARIFA AKBAR is amongst those shortlisted for The Jhalak Prize this year, with her book ‘Consumed’ nominated alongside ‘Somebody Loves You’ by Mona Arshi, Vahni Capildeo’s ‘Like A Tree, Walking’, ‘Keeping the House’ by Tice Cin, ‘The Roles We Play’ by Sabba Khan and Kei Miller’s ‘Things I have Withheld’.

The 2022 winner will be awarded in person at the British Library on Thursday (May 26), for both the Adult and Children’s and YA prizes (see link for tickets below).

First established in 2017, the Jhalak Prize celebrates authors from BAME backgrounds, who write fiction, non-fiction, short stories, graphic novels and poetry, with a £1,000 cash prize and a work of art from a chosen artist from the Jhalak Arts Residency for the winner.

Akbar’s memoir recounts the tragic loss of her sister Fauzia to tuberculosis, after doctors only diagnosed her hours before a fatal brain haemorrhage at only 45 years old. As well as this tragedy, she also explores ancient mythologies that surround the disease and its sudden resurgence in Britain today.

Speaking about her nomination, Akbar said “It’s a total honour to be shortlisted for the Jhalak prize. I’m thrilled to be alongside such magnificent and varied books and I really want to read every book on the shortlist. I’ve followed this prize right from the start and love what it does, its values and its integrity”.

Mona Arshi’s ‘Somebody Loves You’ follows Ruby as she deals with her mother’s mental illness by giving up speaking at a young age. As she deals with an unconventional family life, both her and her sister have to deal with racialisation and sexualisation, with her pen pal breaking off their correspondence because her “dad found out you’re a Paki”.

Poet Vahni Capildeo’s collection of poems ‘Like A Tree, Walking’ is a fresh take on her interests in ecopoetics and silence. Ranging from site specific places like hilly Spain to English trees, Capildeo opens the space for a new way to address politics, taking inspiration from landscape poet Thomas A. Clark and a project on the Windrush in Leeds.

Capildeo told acv about what the Jhalak Prize means to her “Every Jhalak Prize shortlist reminds me of the sparkling, knotty, wise conversations and boundless imagination that writers ‘of colour’ and their networks share, but which mainstream media in the UK seriously needs to play catch-up with.”

She continues “I’d like to say something about burning the tired old category boxes, or even dancing on them, but it’s more a feeling of relief, like when a tired person has lost the habit of going into water, then enters the sea safely and feels external burdens and internal tensions lift, and take a deep, glad breath, and looks around to find companions, moving in all kinds of ‘impossible’, wonderful ways.”

Tice Cin’s debut, ‘Keeping House’, follows three generations of women trying to keep their families afloat, whilst at the same time operating a covert heroin business, where drugs are smuggled through Turkish cabbages and sold to all sorts of people in and around North London.

British Pakistani diaspora is the subject of Sabba Khan’s debut graphic memoir, and explores what identity, belonging and memory means for her family against the backdrop of mass displacement and migration in Kashmir. As a second-generation Pakistani Kashmiri migrant who lives in East London, Khan investigates contemporary British Asian life, and how different generations experience migration in different ways.

Khan had a few words to say on being shortlisted “I cannot believe that my book, a graphic novel, would be considered by a literature prize, and especially for it to make the second round! I’ve come to publishing via making my own art books and comics, so it is incredibly powerful. I see it as a win for the whole of the British comics and graphic novel scene to have this kind of recognition and validation from wider publishing. I actually can’t believe it, I didn’t think my book would be received so openly. It’s beautiful.”

Award-winning poet and novelist Kei Miller’s ‘Things I Have Withheld’ is a collection of essays that explore the important things collected during silence, examining discrimination experienced through this silence and what it means to break it. Through letters to James Baldwin and encounters with Liam Neeson amongst other sources, Miller speaks imaginatively about everyday racism and prejudice.

To celebrate this eclectic array of authors the Jhalak Prize hosted an event on Wednesday (May 11) at the London Library, with attendees hearing from judges Nii Ayikwei Parkes and Chimene Suleyman. There were also readings from some of the shortlisted authors, including Mona Arshi, Sabba Khan and two Children and YA shortlists Rebecca Henry and Manjeet Mann.

Privacy & Cookies: This site uses cookies. By continuing to use this website, you agree to their use.
To find out more, including how to control cookies, see here: Cookie Policy
← ‘Favour’ – Ambreen Razia’s new work has great depth and humanity and is tender and beautiful… (review)
‘This is the starting point for a Hollywood film’ Tia Bhatia tells us about the documentary on Superfan Dad Nav Bhatia (video) →