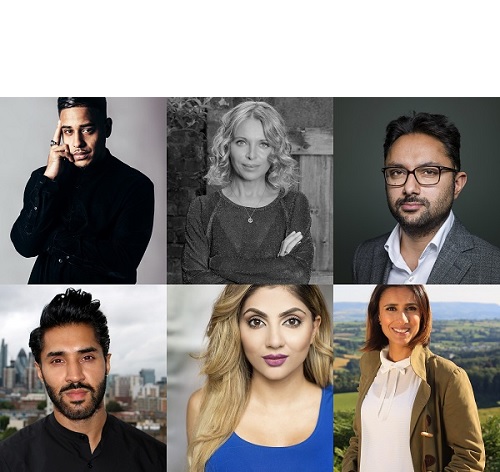 Still time to get tickets and watch a rather unique film and listen to some wise opinion about the hot button issues of representation, confessional TV and mental health…

IF DOCUMENTARIES and talks are your thing, you should check out what’s still to come up at Sheffield Doc Fest.

There’s a world premiere for a documentary on Saturday evening (9.45pm) from India called ‘Boys who like girls’ and looks at the ways some men are countering the pernicious effects of patriarchy in India and trying to get young men to view women very differently.

Filmed not long after the infamous Delhi rape case which made headlines around the world, it follows several people connected to a group called Mava (Men against violence and abuse) in Mumbai. These street activists make it their business to educate young Indian men about issues such as objectification and gender etiquette. It’s a fascinating insight into the way young men are beginning to challenge the myths and misconceptions that abound in India about what a woman’s place is in society. We will have more on this next week.

Fresh from her Royal Television Society Award for best presenter on the BBC’s ‘My Family, Partition and Me: India 1947’, Anita Rani opens up about two subjects.

On Monday afternoon (12pm), she first talks about, The Naked Me: Personal Stories with Mim Shaikh, Radio1 Extra broadcaster who will soon be seen on both big screen (in a future film) and small screen (in a TV series, ‘Informer’) and is making a documentary for BBC Three on Fatherlessness. The two will be joined by Matt Smith, director of the multi-award laden, ‘Rio Ferdinand: Being Mum and Dad’; and Anne Robinson (do we need to tell you any more about her?). She’s a well-known journalist and presenter and her documentary about abortion last year for the BBC was very personal – she described her own experience of one. The debate will be moderated by Alison Kirkham, controller BBC Factual commissioning.

Rani can also be seen later in the afternoon (4.30pm) at a debate entitled, Goodness Gracious Me: Asian Representation from Grannies to Jihadis – it posits the argument that actually the turn of this century comedy sketch show was the high point and that ever since then, things have been going downhill.

Joining Rani is Sathnam Sanghera, the author of ‘The Boy with Top Knot’ and a columnist and novelist; Mobeen Azhar, an award-winning BBC documentary filmmaker, Mehreen Baig, presenter and a reality TV breakthrough star from BAFTA BBC award winning documentary, ‘Muslims like us’. The debate will be moderated by Nikki Beddi, who fronts The Arts Hour on BBC World Service and every month takes it on the road around the globe and reaches 75 million listeners.

You can also catch Shaikh in conversation with Karan Gabay, a BBC radio presenter, as they discuss Shaikh’s career, his move into TV and all seen through the lens of mental health and supported by Wellcome. This takes place at 2pm on Tuesday (June 12).

Privacy & Cookies: This site uses cookies. By continuing to use this website, you agree to their use.
To find out more, including how to control cookies, see here: Cookie Policy
← Asian Achievers Awards 2022 shortlist announced – back to in person event and community powerhouses recognition…
Bird Bites: India Independence day – world leader tributes; ‘Never Have I Ever’ Series to end; Bollywood doldrums?; Shantaram role for Brit … →