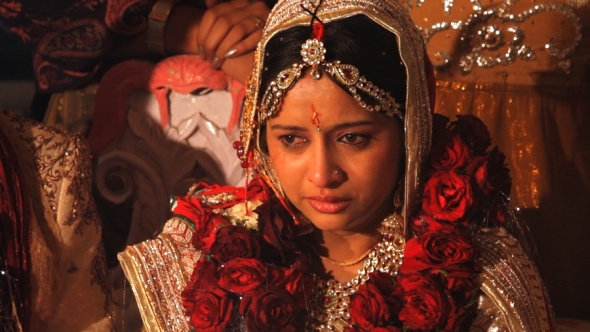 ANYONE who loves documentaries or is professionally involved in their production is likely to be in Sheffield from tomorrow or over the next few days for the Sheffield Doc/Fest 2017.

For the South Asian film buff looking for their fix from the weird and wonderful real world around them, there is a whole strand dedicated to India – marking 70 years of Independence from Britain.

In all, there are five features (over 60 minutes long) and four shorts (under about 30 minutes) in this section of the festival – which opens for all tomorrow (June 9) and closes on Wednesday (June 14). In all the fest will screen 182 features and shorts, has 35 world premieres.

In addition to the many special events, there is also a Partition discussion with Anita Rani at the helm, as festival delegates get a sneak preview of what the BBC will be screening later this year as part of its own Partition programming. It screens on Sunday morning. August will mark the month both India and Pakistan gained their independence from Britain.

Another film outside of any particular strand is ‘Daughters of destiny’ – which looks at how a successful Indian American businessman starts a charity project in India and grapples with conservative and chauvinistic ideas. It screens on Wednesday at 12pm.

Elsewhere the fest plays hosts to a virtual reality strand, industry meets and many talks.

Among the highlights will be Sir Lenny Henry in conversation with June Sarpong MBE and major documentary feature filmmakers Nick Broomfield and Louis Theroux in conversation – with Theroux quizzing Broomfield, who also has a new film, ‘Whitney – Can I be Me’ premiering at the festival. Both talks are on Sunday – 6pm and 3.30pm, respectively, at the Crucible Theatre.

In the Doc/Expose strand is ‘Armed with Faith’, about the bomb squad of Khyber-Pakhtunwala, who cover the Afghanistan-Pakistan border, which is heavily mined and a region where violence and extremism mix with deadly consequences. Asad Faruqi and Geeta Gandbhir embed themselves with these brave men on the front line and befriend their families who live in the constant shadow of fear and death of their loved ones. It has two public screenings on Monday (9.30am & 3.15pm).

Also backed by Obaid-Chinoy is ‘Insha’Allah Democracy’ – filmmaker Mohammed Naqvi goes on a very personal search for a leader who he can trust and believe in to keep him safe in the post 9/11 world.

He latches on to General Pervez Musharraf, and follows his fortunes as the general makes the switch from soldier leader to civilian politician. Musharraf who ruled Pakistan as a military dictator quickly finds himself charged with treason and the film follows him over a four-year period. it has a world premiere at 11.15am on Sunday, and a further screening on Tuesday 3pm.

‘A Suitable Girl’ – looks at three women and the traditional matchmaking process in India. Shot over four years, it probes the women on their hopes and fears and their feelings about marriage, family and society. It has an international premiere and screens for the first and only time at the fest at 9.30am.

There’s also an opportunity to see a film that will be widely available to the much of the world later this year ahead of anyone else- as ‘Around India with a Movie Camera’ screens for the very first time – anywhere. It is part of the BFI India on Film Season (and the wider #UKIndiaYearofCulture) and something we first covered in February when it was launched.

Around India with a Movie Camera

Much old unscreened footage from India itself has been digitised and will be available on the BFI Player later, but festivalgoers can see it for the first time in all its glory in Sheffield. It is a 60-minute long cinematic journey through Indian (screen) history and has film from Calcutta (Kolkata) dating back to 1899 and film from Bimal Roy, one of India’s earliest and much-loved directors. It screens on Sunday at 10.30am.

If you’ve ever been fascinated by the sex advice columns in Indian newspapers, then ‘Ask the Sexpert’ is for you. The US film made by Vaishali Sinha and Mridu Chandra looks at the life and times of sex advice columnist for the Mumbai Mirror, retired gynaecologist Mahinder Watsa – who responds to some very bizarre questions as posed to him by the Indian public on intimate affairs. It shows on Saturday at 12.15pm.

‘Singing with Angry Bird’ is a film about South Korea’s version of Gareth Malone, sort of… Jae-Chang Kim is an opera singer and sets out to teach the children of Pune how to express themselves vocally, but frustrated with the children, he begins to work on – and with – their parents. Tears and hilarity ensue. His unflattering nickname is Angry Bird – see the documentary on Friday 12pm or Saturday at 8pm at a free screening on Tudor Square.

Returning to the UK is the documentary about one of India’s newest and most unlikely political figures.

Arvind Kejriwal was a tax administrator but his anti-corruption zeal lead him into politics and forming a new party, Aam Aadami (common man). It swept to power in Delhi in 2015 and the film chronicles its rise and Kejriwal is a national figure now, loved and despised almost in equal measure. It first came to the London Film Festival last year. See this fascinating examination of power from literally nowhere – on Saturday 9.30pm.

Among the shorts in this strand are ‘Yeh Ballet’ by Sooni Taraporevala who has worked with Mira Nair as a screenwriter and is also a photographer (she currently has an exhibition at the Whitworth in Manchester); a UK film about white people acting in Bollywood, called ‘Professional Foreigner’; ‘The Moderators’ about new recruits whose job it is to moderate online content and the men who drive around a circular tube, known as the Well of Death.

For the full comprehensive listings and venues in Sheffield, please see http://sheffdocfest.com/