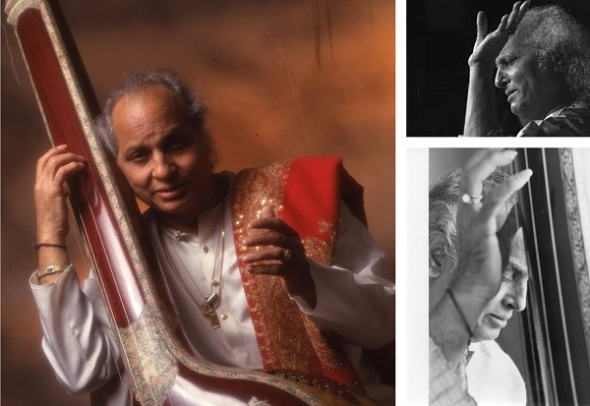 One of the world’s great Indian classical music singers died recently, prompting many including the Indian Prime Minister Narendra Modi to pay tribute…

In this personal piece, Jay Visvadeva, one of Britain’s leading music producers and chief executive and artistic director SAMA Arts Network, evaluates the incredible global impact of a much celebrated musician…

PANDIT JASRAJ, a man with a rare voice in Indian classical music passed away recently at the age of 90 in New York.

He came to have a global footprint with this rare gift – his voice will continue to be revered within the annals of the Indian classical voice tradition.

Many tributes poured in and the world was enveloped with superlatives for this remarkable musician of our times.

His death leaves “a deep void in the Indian cultural sphere”, said the Indian Prime Minister Narendra Modi. Oscar winning composer AR Rahman, felt, “India has lost one of its finest stars”. The late Prime Minister Shri Atal Bihari Vajpayee once proclaimed him to be “Ras Raj” (King of Emotions)

Pandit Jasraj was a traditionalist, who was gifted with a rare and profound knowledge of ragas – basic musical compositions in Indian classical music – which form a repertoire and exhibit rasas (emotions). These ranged from the sacred hymns to classical work and he knew each one by heart without the aid of any notes.

His grace, dignity and poise on the stage was one of the most endearing features of his musical life and the first note sung, would be subliminal call to the inner beauty.

“Ask him about any composition from any gharana (musical school), he would know the entire history and background about it. A true Vidwan (scholar), he was a treasure – house of raga knowledge and composition- himself being a Vaaggeyakaar (Composer, Scholar & Performer rolled into one),” concluded fellow musician, Pandit Madhup Mudgal.

I have had the pleasure of working with the remarkable artist, human being, from the late 1970s to 2005, and almost missed him in 2016 when I had to postpone my Sacred Voices Festival.

In the early 1980s I presented three concerts, one at the City University on the 2nd October, celebrating Gandhi Jayanti (birthday), followed by one Sunday morning concert at the Institute of Contemporary Arts (ICA) – a stone throwaway from the Buckingham Palace, but it was the third recital which intrigued me more than the others, as we were driven to the Krishnamurti Centre in Hampshire, where Pandit Jasraj sang for the noted Indian philosopher, who simply described it as, “a voice of nature”, he said.

Since this remarkable visit in the deep of English countryside, I continued working with Pandit Jasraj, presenting him at some of the finest venues in London.

I remember an All Night Concert at the Queen Elizabeth Hall in June 1993, when he came on stage in the early hours of morning at 6am, when Pandit Shiv Kumar Sharma, Ustad Rais Khan, Pandit Ajoy Chakraborty had preceded him. It was an awe inspiring still of the morning with a pin drop silence in the 1,000 capacity filled auditorium and only the two massive tanpuras strumming on the stage, when the silken voice of this great master – after reciting the overture in raga Ramkali with some Vedic shlokas (sacred text), that one began to understand the deep and the spiritual world of this great soul of voice. It was an evocative conclusion to a historic first of an all-night concert at the prestigious Southbank.

Pandit Jasraj was endowed with an innovative style often blending his classical mastery over text, song, presentation and vocals. It was his use of ornamental vocal flourishes within the classical tradition, using meend (sliding from one note to the next), kan swar (the use of grace notes), gamak (oscillation between notes), murkhi (a short cluster of notes) and laykari (rhythmic work) – all of which blended into his unique Mewati Gharana.

In all Pandit Jasraj sang in over 12 concerts under the auspices of APAM, SAMA’s earlier incarnation from1979 to 1992, and then jointly with Navras Records 1993 to 2005.

He has left a remarkable legacy at the Royal Festival Hall, Commonwealth Institute, Kensington Town Hall (where he sang Haveli Sangeet), Cadogan Hall and other venues. A fuller history of these great concerts and the subsequent releases of the recordings will be announced shortly on the SAMA website (see the link below).

Sama Arts Network is one of the UK’s oldest and best-known
arts organisations in the genre of traditional and contemporary South
Asian Arts. It also presents Orchestral, Jazz and World Music.
www.sama.co.uk

Born in Hissar in Haryana in 1930 to a musical family, he first learnt the tabla and was tutored initially by his father Pandit Motiram and older brother, Pandit Maniram. He enrolled into the Mewati and Agra gharanas (musical schools) and spent time in Sanand (a surburb of Ahmedabad), Gujarat and cited Maharaja Jaiwant Singh Vaghela of Sanand, as a major influence and the royal was much admired for his patronage of Indian classical music.
Pandit Jasraj moved to Calcutta (Kolkata) and could be regularly heard singing recitals for India radio from 1947.
In 1963, he moved to Bombay (Mumbai) and established himself as a performer, recording artist and teacher and his art took him all over the world. While his early career was taken up by musical accompaniment, his skill was often to take the core of Indian classical music and blend it with other related styles not regarded as part of the canon and developing into them into compositions that won the respect of both classical purists and audiences which related to and supported less traditional work.
A keen student of philosophy, and spirituality, he got to know J.Krishnamurti.
In 1962, he married Madhura Shantaram, daughter of filmmaker V Shantaram who made many films which had classical music and dance in them.His musical legacy can be heard when you listen to violinist Kala Ramnath or singer Sanjeev Abhyankar. He was in the US when travel restrictions were introduced in March due to the coronavirus and died of a heart attack in his home in New Jersey, US. His body was repatriated and he was cremated in Mumbai, following state honours and given a 21-gun salute last Thursday (August 20). Among those who attended his funeral were singers Anup Jalota, Kailash Kher and others such as filmmaker Sanjay Leela Bhansali and singer Shreya Ghosal also paid the respects at a limited darshan gathering at the singer’s home in Versova, Mumbai.

Pandit Jasraj is survived by his wife and two children, Shaarang Dev Pandit and Durga Jasraj, who are also musicians.

Privacy & Cookies: This site uses cookies. By continuing to use this website, you agree to their use.
To find out more, including how to control cookies, see here: Cookie Policy
← Bhumi Pednekar – Bollywood star telling it as it is and shifting the dial on how Indian movie stars think and behave…(and Bhumi Macao gallery pictures)
Bhumi Pednekar, star directors – Richie Mehta, Johnny Ma and emerging Fyzal Boulifa and reviews in final round-up of International Film Festival and Awards Macao (IFFAM) 2019 →