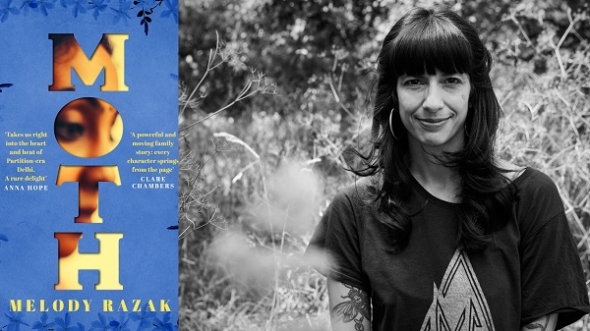 On the day that the boundaries of Pakistan and India were first published in 1947, we review a novel directly inspired by the radio series, ‘Partition Voices’ and its memory…

THERE is a paucity of literature set around the themes of the Partition of India which happened in 1947 – although today’s diaspora communities are beginning to take an interest in oral histories of the remembered elders to bottle their testimonies before they die.

Initiatives such as The 1947 Partition archive (see link below) or the world’s first, Partition Museum in Amritsar (see link below), as well as other local projects have created an overwhelming interest in knowing more of what was the largest displacement of people following the creation of the nation states of India and Pakistan after British India was divided so arbitrarily by lawyer, Cyril Radcliffe.

The actual boundary lines were first published on August 17 1947.

It is believed that around 14-16 million people were uprooted and had to migrate from their original homes to the new nations due to their religious identity.

On the way many were subject to brutality, murder, abduction, and other violence that few cared to speak about for several decades.

Contemporary writers of the time like Bhisham Sahni (‘Tamas’, ‘Pali’) and Saadat Hasan Manto (‘Cold Meat’), ‘Open It’) chronicled the effects of this arbitrary political decision on ordinary people, through their heart rending novels and stories, but modern fiction has yet to take it on – although non-fiction writers have explored this period in some detail.

Academics such as Professor Sarah Ansari of Royal Holloway, University of London, has written on this area in her work of advocating for the teaching of partition history in British schools; whilst, historian and author Yasmin Khan, of University of Oxford wrote ‘The Great Partition: The Making of India and Pakistan’ (2007), while Urvashi Butalia’s seminal work ‘The Other Side of Silence: Voices from the Partition of India’ (1998) depicted testimonies about the human cost of this trauma.

This is why it was so exciting to receive a copy of ‘Moth’, debut novel by Melody Razak – One of The Observer’s Ten Debut Novelist’s of 2021 – who says she was inspired by hearing Kavita Puri’s ‘Partition Voices‘ (see link below for acv articles) Radio 4 programme and then enrolled on a creative writing course so she could learn more about this area and write a novel.

As she explains in the preface of her book: “The programme was called ‘Partition Voices’ and the raw emotion behind the world of the survivors who were interviewed struck my heart.

“I started to think about the nature of storytelling, of oral history, the differences between historical fact and the most intimate memories of the individual.

“That perhaps the unreliable stories passed down through memory were as important, in piercing together a moment in time, as the statistics.

“There was something behind the said words – especially those of the women interviewed, the nuances of what they didn’t say, the silences – that stayed with me.”

It’s an engrossing read and the characters are so clearly etched out with a great deal of attention paid to authenticity and period detail, and you cannot help but marvel at the research that has made its way into every aspect of the story – from the food eaten by the family, to the way it’s cooked, to the street geography of old Delhi – all of it is vividly recreated on the page.

Two sisters, 14 year old, Alam and six year old, Roop live with their liberal parents – Kashmiri mum, Tanisi (known as Ma) and Brahmin dad, Brahma (called Bappu), who teach at Delhi University — in a house called, Pushp Vihar, House of Flowers in Dry Biscuit Alley. They have breakfast at the dining table, every day and have been brought up to speak their mind and be free.

Dad’s mum, Daadee Ma, is a bit old school, parochial and has already arranged the marriage of Alma, to a beau who figures in her imagination as a ‘oh so fair-boy standing on the shores of the Jumna’ river.

It is February 1947 and Independence is on the horizon but the horrors of what is yet to come as a result of Partition has only been alluded to by Direct Action Day – August 16, 1946 – a protest by Muslims in Calcutta (as it was then), which led to violence and killing even though Partition had been announced and was a year away.

The household also features a cook, Dilchain rescued as a child widow by the father, and an ayah, Fatima Begum. There is also a likeable auntie, Cookie Auntie who likes to swig her whisky and smoke the odd cigarette.

All the intricate relationships of the women take centre stage and the second part of the novel takes place immediately after India’s independence on August 15, 1947 where the horror and brutality of the violence that is unleashed between Hindus and Muslims explodes and the consequences are felt in the home.

Ma has had to give up her job, Fatima Begum has to hide in the water tank whilst Alma is missing (spoiler alert!).

There are also small vignettes of characters outside the house such as ‘a lady with the spotty face’ whom Roop encounters or the woman with nine children, her father sees at the camp.

These neatly illustrate the horrors that were inflicted on ordinary people who were once neighbours turning on each other.

‘Moth‘ is an absorbing and moving read, giving voices to the silences of the women.