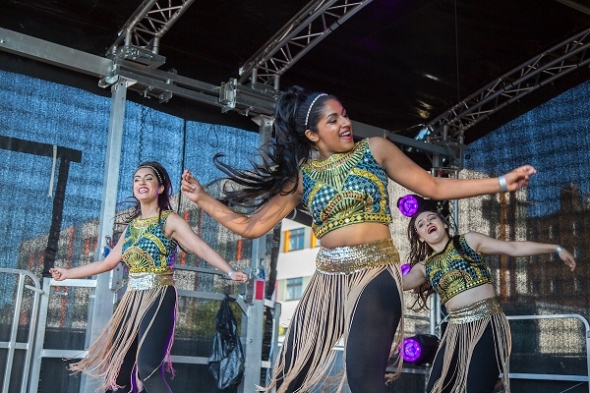 MUSIC legend Apache Indian headlines what promises to be fabulous day of music, fashion and culinary delights at Leyton Jubilee Park on Sunday, August 4 with the Waltham Forest Mela.

It’s free entry, so make a date in your diary now.

A host of other music stars, including Mona Singh, H-Dhami, Roach Killa, Bonafide, and world music collective Lokkhi Terra, will be on the stage and this year as befits Mayor of London’s first ever borough of culture, a second stage has been added.

This will host a fashion show and you can register your interest in being involved by signing HERE.

As well as fashion, there will be spoken word, more music and dance on the second stage and there is fun for all the family in the form of a fun fair, kabbadi and many different and varied activities.

There will also be refreshments and a selection of sumptuous Asian food to keep you going during the day-long activities at the venue from 2pm-9pm.

Organisers say the Mela has been refreshed and redefined.

Last year, Waltham Forest was announced as Mayor Sadiq Khan’s first- ever London Borough of Culture. Waltham Forest was selected for this year, out of 22 bids from other borough councils for the coveted title and new funds. The initiative was inspired by the UK City and European Capital of Culture programmes.

A spectacular opening in January raised the curtain on Waltham Forest being London’s first borough Borough of Culture at Welcome to the Forest, with tabla sensation Talvin Singh among the headline acts.

Local boy Singh played new compositions and there was also new work by artists Greenaway & Greenaway, Addictive TV, Marshmallow Laser Feast and Erland Cooper. Some 70,000 people attended the opening weekend of events raising the curtain and inviting all to ‘Welcome to the Forest’.

More than 15,000 people backed the borough’s initial bid and the initiative aims to engage 85 per of the north east London’s residents and attract more than half a million visitors to the area.

We will have more on the Mela soon…
For the latest on the Mela from Waltham Forest, please follow Twitter/Facebook #WFCulture19

More on the 2019 London Borough of Culture here

When you see (p), it means this article is promoted and is part of a paid marketing package – inquiries

Privacy & Cookies: This site uses cookies. By continuing to use this website, you agree to their use.
To find out more, including how to control cookies, see here: Cookie Policy
← ‘Blinded by the light’ – new Gurinder Chadha film has its world premiere this evening at the Sundance Film Festival…
Sundance Film Festival opening – that Robert Redford moment, as the films move centre stage →